A Revealing Tribute to Women Authors 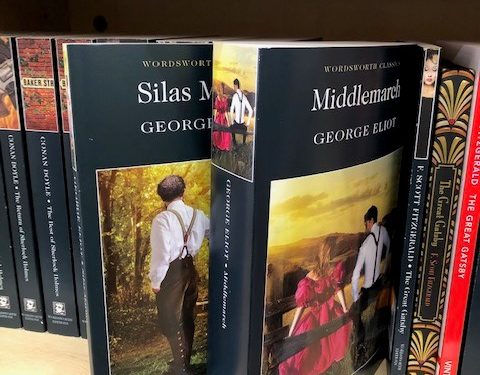 What’s in a Name? It’s a personal hallmark that accompanies us from the cradle to the grave. It defines and identifies us from others and yet for a generation of women authors their gender-determined name was seen to be a subjective curse that might prevent them from being published because of sexist dogma. A campaign to Reclaim Her Name, launched this month, has championed female writers who previously wrote under a male pseudonym.

In the realms of English literature, have you heard of Mary Ann Evans or Amantine Lucile Aurore Dupin or perhaps Nora Roberts? A* (these days) if you have, but don’t feel guilty if you haven’t; you’re not alone. Better known, respectively as George Eliot, George Sand and JD Robb, these revered and respected writers chose to use a synthetic male identity to beat the system.

When I first discovered how many women felt “obliged” to choose a male, gender-ambiguous or enigmatic pseudonym to get published, I was outraged, but after investigating the subject further, I realised that, over centuries, the “pen name” has been a novel (pun intended) tool that female authors have used to level the playing field and get their voice heard… or rather, read.

Jane Austen (1775–1817) wrote Pride and Prejudice, Emma, Persuasion and Sense and Sensibility anonymously, with the front covers humbly stamped, “By a Lady”. It feels like Austen was teasing the public to wake up to the fact that women could pen a great novel. It was only after her death that Austen’s final two works, Northanger Abbey and Persuasion, were published under her own name.

The outstanding Bronte sisters all wrote under the alias of fictional brothers – Emily’s Wuthering Heights (1847) appeared under the name Ellis Bell and Charlotte’s Jane Eyre (1847) was attributed to Currer Bell, with youngest sister Anne writing The Tenant Of Wildfell Hall (1848) as Acton Bell.

More recently, two women – Meg Howrey and Christina Lynch – have collaborated under the nom de plume of one man… Magnus Flyte. They met at a writers’ retreat, and decided to pool their resources and create mystery novels under the mantle of a man. Thus, was born City of Dark Magic and its sequel, City of Lost Dreams. Of writing under a pen name, Howrey told the New York Times, “We always wanted a single author name, and we had both read a raft of articles talking about how men don’t buy books written by women.”

Around the same time, the renowned and hugely successful JK Rowling, penned her first novel in the Cormoran Strike series – The Cukoo’s Calling – deliberately under the moniker of Robert Galbraith. Although her motives were very different from those of earlier female writers, it was an interesting experiment, if only to glean (as a woman) whether male writers are received differently by the critics. However, the anonymity was short-lived; her cover was blown and Rowling admitted her trickery and that she and Galbraith were one and the same.

Nearly 250 years since Jane Austen’s birth, it feels like the occasion to champion the female writers who published in disguise is long overdue. To celebrate the 25th anniversary of the Women’s Prize for Fiction, the #ReclaimHerName collection was unveiled this month. It’s a set of 25 books previously published under male pen names, with the real, female authors’ names finally included on the covers, to honour their achievements and give them the credit they deserve.

Hard copies have been donated to the British Library, but many titles are out of print. However, you may just find a copy of one gathering dust in Granny’s attic or a good second-hand book shop, if you’re lucky.

Should you wish to investigate further, here is the list: