Noted: “Acing it” to Bridge the gender gap 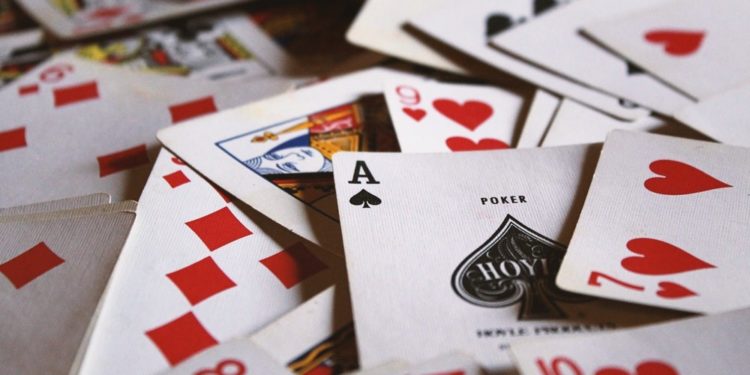 After recently returning from a spring break in Seville, where temperatures were about 10C higher than the UK, I’m now ready for warmer days to beat a path to our more northerly latitude.

We were an all-ladies group on a whistle-stop weekender, determined to soak up all that this culturally-rich city had to offer.

Our hotel was a (succulent pitted olive) stone’s throw from the main attractions; my room-mate was my friend, Bridget, who championed the art of power-napping throughout the day, only to fall into deep and protracted slumbers when her head rested on the soft, fluffy pillow at night.

Former lawyer and mother-of-three, Bridget, in synchronicity with her name, is passionate about a certain card game and has set-up an adult “teaching facility” in her home. It is my firm belief that she is attempting to convert the whole of north London (and beyond) to the mind-grindingly challenging game of Bridge.

On Sunday morning she announced that her deep and Sangria-induced dreams had been rudely broken by a sudden fear that she had not sufficiently planned next week’s lessons for her battle-hungry students. Had the stress chipped away at her passion, I wondered? Not at all, as by now (around 9am) everything was under control.

I am informed that the majority of Bridget’s pupils are women, although a few husbands, not wishing to miss a trick (sorry!) are starting to try their hand (apologies again!) at learning a new skill.

Globally, more women than men play Bridge, so why I, wanted to know, is there a gender-divide when it comes to top-level players?

Men dominate at the highest level; according to the World Bridge Federation’s (WBF) ranking, only two of the world’s top 22 players are women.

However, we may be missing a key piece of the puzzle: how many women actually play high-level Bridge in the first place? Many talented female Bridge players appear to shy away from entering its orbit. Could it be that women just aren’t encouraged to play at the top-tier?

Experienced Bridge player Miriam Harris-Botzum asserts that, “There are some women who are capable of being top experts, but those few currently don’t make it to the top. Some because of non-Bridge concerns; however, those who do devote their full energy to Bridge aren’t given the support and encouragement and opportunities that advancing male players attract and aren’t afforded opportunities to break into the all-male teams.

“It becomes a vicious cycle, because good women players are generally shunted into women’s Bridge, instead of the open games, but having separate women’s Bridge promotes the view that women are inferior players.”

The differences between male and female brains as they relate to Bridge have been extensively debated and it’s known that men and women approach the game differently. Men, for example, tend to have stronger left-brain and mathematical skills (on average) than women, which can help their play. It is also suggested that men succeed because they are inherently more aggressive and willing to take risks.

According to prolific Bridge writer Alfred Sheinwold, women are more successful than men at all other levels of Bridge… so wouldn’t it be rewarding to see the tables turned and more women starting to play at high level?

I believe this is Bridget’s long-term goal. She is encouraging women to push themselves, recognise their potential, take risks and play the game on a par with men.

My hope is that in a few years’ time, she and her talented female pupils defy current trends and come up trumps in the world rankings.