All aboard the D&I time machine 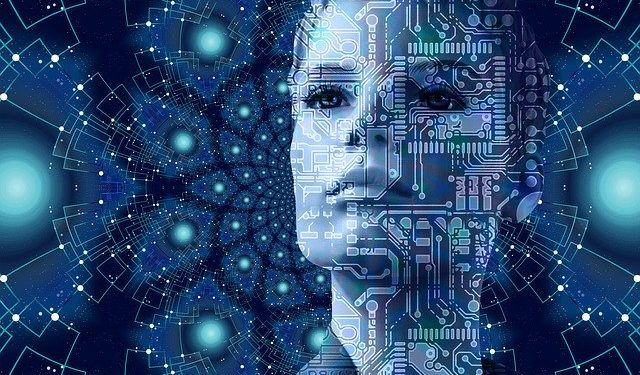 It’s the 10th of December 2029 and we’re rapidly approaching the end of the 2nd decade of the 2nd millennium.

As I reflect, not only over the year but over the decade, there is much to report, specifically in the diversity and inclusion space.

I recall writing a similar blog for our December 2019 newsletter, full of hope and caution. There were both positive and less positive signs that the world was changing. Thought leaders agreed that diversity was the answer and that we needed a culture of inclusion to harness that diversity. It was clear to me then that many people understood this and were willing to learn how to mitigate our ingrained, natural biases.

However, there were many challenges to this progress from those who felt threatened and marginalised. And things became worse before they improved: President Trump got re-elected to a second term, giving voice and validation to racism, sexism and other fears that manifest themselves in overt and covert discrimination. Britain left the EU, returning to an island mentality out of which it would not emerge for years. Similar political inward-facing measures took place in many other parts of the world.

Companies that seemingly embraced diversity and inclusion started cutting their budgets and before we knew it, D&I all but disappeared from the corporate agenda.

While attention began to turn away from mutual respect and understanding, the pace of technological change maintained its trajectory, leaving very little time for people to be human. As a society, we marginalised face-to-face interactions, became more comfortable with verbal attacks on social media and produced artificial intelligence that failed to reflect the extensive make-up of the world we live in. Political party manifestos became shorter and shallower, slogans overtook headlines and attention spans dropped to 3 seconds before losing interest.

It was not a pretty picture. We were edging towards a dystopian future the like of which we came across only in novels. And there it was, nearly reality. And then big companies started falling – they found their global market-share impossible to maintain as the rest of the world turned towards local markets and closed borders, just like we did. Many of the FTSE 250 companies – highlighted by the Hampton-Alexander Report in 2019 to have made little or no progress on gender diversity in their executive teams (many of whom were all male) – disappeared altogether, leaving chasms in employment, industry sectors and economic contribution.

In one sense, this self-eradication did yield a bright spot: companies that sowed seeds towards inclusion in the early days were in a position to pick up the slack of those companies that failed. Famed for their selfless leadership approaches, these organisations managed to tap into creativity, decision making power and critical thinking skills that came from assembling diverse teams and allowing friction to exist within them. Inclusive leaders saved the day by developing team cultures that allowed open, respectful dialogue, the expression of differences of opinions, and valued diverse views. These companies were able to tap into the creativity of their number one asset – their people – and unlike most organisations, began to put a quantifiable accounting value on the benefits of learning and development, emotional intelligence, diversity and inclusive behaviours. By utilising these previously unquantifiable contributions, the correlation between diversity and inclusion and the attainment of organisational goals was distinctly visible and undeniable.   I remember sitting in the audience when I first heard about the concept of measuring these immeasurable benefits and thinking to myself ‘This is the answer!’   And indeed, it was. Coupled with the deep desire of these momentous leaders to restore balance and humanity to our society, the ability to quantify the benefits of emotional intelligence, individual development and judgment-free behaviours changed how companies would attribute value to their people.

This new way of valuing people spread quickly through organisations and started spilling out onto the public at large. It took a few years and we’re still not entirely there, but this is the first time in years that I honestly believe that we’re on the right track.

It’s a shame we couldn’t get here quicker, without having ruined so many people’s livelihoods. The world was an ugly place for a while – and it’s still smouldering from the figurative fires in many places – but we’re clearly on the mend.

So, as we approach the third decade of this second millennium, I’m full of hope and aspiration. Maybe, just maybe, the need for companies like Voice At The Table will soon disappear and I will finally be able to turn my attention to retirement.

One step at a time, as they say.