Back to School: Re-drawing Gender Stereotypes 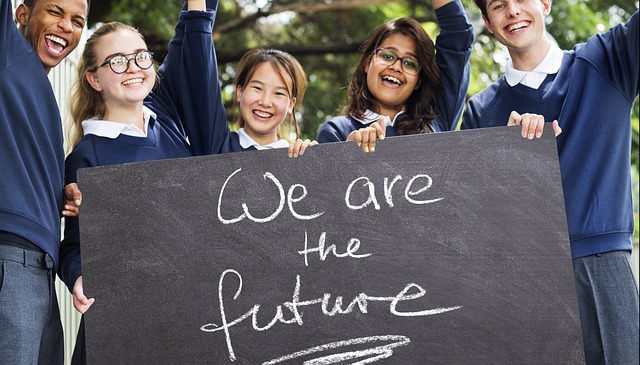 I have recently read an enlightening book – Invisible Women – a feminist Bible documenting the data information gap – the ramifications of which are that women are often forgotten about or misrepresented in society.

I could fill a year’s worth of columns with the subjects Perez tackles, but as we are hurtling towards September and the onset of a new school term, I thought it might be timely to home in on the importance of tackling gender stereotyping at an early age.

“Brilliance bias” is a concept, mooted by Perez, which favours boys and it starts in primary school. A US study found that boys and girls start school thinking that women could be “really really smart”, but within a year they start doubting their ability.

Her conclusion is that schools are teaching little girls that “brilliance doesn’t belong to them”.

This is reinforced by “draw a scientist” studies, where children are asked to sketch a picture depicting what they think a scientist looks like.

Perez asserts that when boys and girls start school, they draw roughly equal percentages of male and female scientists.

Gender stereotypes are defined between the ages of five and seven; so how can we re-draw the balance?

In an experiment three years ago at a co-educational UK junior school, teachers asked pupils (aged between five and seven) to draw a firefighter, a surgeon and a fighter pilot. The resultant innocently-honest pictorial offerings were predictably almost exclusively male – 61 male and five female – to be precise.

Immediately afterwards, the children were introduced to a real-life firefighter, a surgeon and a fighter pilot (all in uniform) – the surprise (etched in their perplexed faces) was that they were all female.

The short video, designed to market the experiment to a wider audience, went viral and clocked up 23 million views in three months.

Inspiring the Future, the charity that devised the experiment, is urging people to share with friends and colleagues and raise awareness of how much needs to be done to tackle gender stereotyping.

To make a difference volunteers can sign up at www.inspiringthefuture.org and pledge just one hour to chat to children about their career.

Richard Denney, from Mullen Lowe, which produced the film, said: “It’s our responsibility as working professionals, as well as educators, to encourage and inspire young minds that the majority of jobs and roles today are available for women, and not just men. These young minds are our future.”

Carefully chosen books can help to tackle stereotypes and as part of its Breaking the Mould project, the National Union of Teachers has put together a list of suitable texts for use both inside and outside the classroom.

We should challenge the dogma surrounding “male sports” and “female sports” from a young age. Why shouldn’t girls play football and cricket and boys play netball? They should be open to all in school, without prejudice.

“I raise up my voice – not so I can shout, but so those without a voice can be heard…

We cannot succeed when half of us are held back.”