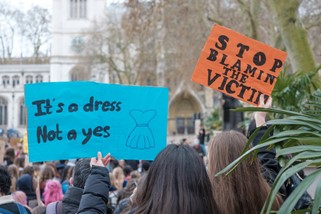 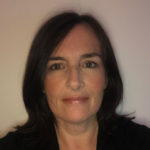 The strength of women coming together to challenge ingrained doctrines, behaviours, belief systems, perceptions and judgements has been palpable over recent weeks. It’s been gratifying to see so many young women galvanised to make their voices heard in a bid to bring about change that will make a difference to them, the lives of their mothers and grandmothers and especially those of future generations.

It feels like we are in the middle of the second wave of the “Me Too” movement. Women are vociferously and conspicuously opening a dialogue about how they should and should not be treated. Tragically, it was the murder of Sarah Everard that triggered the tipping point for zero tolerance on sexual harassment and appreciable threats which prevent women feeling safe in public. From this devastating incident, women hope to bring about change. The shock of another woman’s avertible death has resonated with both sexes and generated a debate that has got men and women thinking about boundaries and limits of acceptable behaviour.

Change is contagious. Bring it on… no more Trump-style antics that demean women; just like those who came forward after the Harvey Weinstein scandal, we’re witnessing a united front in calling out unacceptable behaviour.

An exemplar of this is Soma Sara, the 22-year-old founder of Everyone’s Invited, which has become a platform to expose the undiagnosed “rape culture” that has been swept under the carpet at some of the country’s top public schools and beyond. Still in its inaugural phase, it’s shaken the nation’s conscience. And, for me, it’s struck a chord closer to home.

My 17-year-old son and his peers have made the avowedly painful decision to “unfriend” a fellow teenager, who forms part of their close circle, because of some inappropriate behaviour he’s shown towards their female friends. Emboldened by Everyone’s Invited, the girls felt empowered to “speak out”. It’s been an emotional and tough decision for the boys, but an obligation to show solidarity and support for the girls and to make it clear such practices are intolerable. The girls have been impressed by their bold stand. They now have a powerful group of male allies. Friendships have been tested, but ultimately the moral high ground has won through.

A new study by UN Women UK found that 97% of women aged 18-24 said they had been sexually harassed, while 80% of all women said they had experienced sexual harassment in public spaces. To date, there is no specific offence that covers public sexual harassment. The Reclaim These Streets movement was a very public reaction to Sarah Everard’s death and the vigils that were organised, in the aftermath, showed the world that women are not going to be silent in the face of unprovoked and unwanted advances.

The appearance of the Duchess of Cambridge at the Clapham Common vigil, was hugely symbolic. “She remembers what it is like to walk alone as a young woman in London and elsewhere and like so many other women, has been thinking deeply about her experiences walking alone at night,” said a royal source said at the time.

There’s now a growing campaign to make “street harassment” a criminal offence – like it is in France – because, currently, in the UK it goes unpunished. Two young sisters – Gemma and Maya Tutton – who, themselves, have been subjected to unwanted harassment, are supporting changes to the law. They’ve set up an Instagram page – @ourstreetsnow – and have more than 36,000 followers.

We are witnessing a revolution that will, hopefully, make the world a safer place for women and encourage men to become supporters and allies.

If you liked this article, you may also like One Step Forward, Two Steps Back.