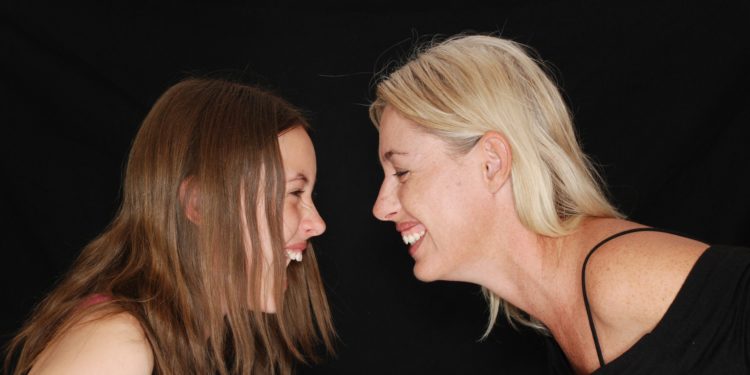 By Suzanne Bird and Jane Ashley

In honour of IWD2022, we asked a number of our team to reflect on bias they encountered as young women and how, or whether, life is different for their daughters today.

My impression is that my daughter (aged 21), and other young women she knows simply aren’t willing to put up with the incidents of bias that we might have endured in silence. This generation are far more aware of their rights and more likely to call out sexism, bias and prejudice.

I’m not saying they don’t experience similar things, but I know my daughter is certainly better briefed and less prepared to put up with things than I was! I cannot imagine her keeping silent if she encountered the type of gender bias and sexual harassment I suffered as a naïve graduate trainee. My daughter went to a co-ed school and experienced both institutionalised gender bias and the assumed superiority of some of the boys, but never failed to protest and push against it.

My two teenage daughters attend a single sex school, so bias isn’t something in the realms of their experience yet. When I asked my 16 year old daughter what she thought was different for her today, it was that sexual assault is openly talked about much more because of #Metoo, Everyone’s Invited, and the Sarah Everard tragedy; and that shining a light on violence against women was long overdue.

As her mother, however, I still worry that she underestimates the potential dangers of being female. She protests each time I verbalise any worry over her safety and reluctantly accepted the rape alarm I ask her to carry if she is coming home after dark. I don’t want her, like me, to only take it seriously after she experiences something awful (as I did in my early 20’s in London, when I was violently mugged in broad daylight). She once said to me “I refuse to live my life in fear” and whilst I applaud the sentiment one thing that hasn’t improved for the young woman of today is violence against our gender.

That said, at my daughters’ school “girl power” really is the mantra. They are taught that there are no limits to what they can learn, what they can achieve educationally and what careers they might aspire to follow. They are taught subjects like product design and graphics, and STEM subjects have a big take-up in the exam years. Contrast this to my experience of an all-girls school way back when – we were taught how to cook, sew and knit, no woodwork for us; and if you wanted to take Economics at A Level, this was only taught at the boys’ school next door.’

We know that attracting young women into STEM careers is still a big problem, so I asked my daughter’s perspective on bias, as she is studying engineering at university. She reflected that “going to an all-girls school for most of my secondary education, I didn’t really notice anything stopping me from going into a STEM degree. I did however notice how my physics teachers were always male. At university, studying engineering, there is a lot of conversation about increasing diversity in engineering as it is known for being so male-dominated, and it is extremely obvious to me how outnumbered girls are in the big lecture halls/group work. I think that as long as I don’t let anything stop what I want to do, nothing will.”

She remarked that it isn’t always easy to make herself heard in her male-dominated university environment, even when she is the team leader on a project. So she has developed a tactic of calling out their names and asking whether she has been understood or even heard. This is a great tactic, but it’s sad that even this dynamic nineteen-year-old has to worry about “coming across as bossy” when she asserts herself in this way. Perhaps experiences like these play a part in the lack of gender diversity in male dominated STEM jobs.

A further member of our team recounted a time her 6 year old daughter decided she would like to cut her hair short. The hairdresser questioned her choice, saying ‘What does your daddy think about you cutting your hair off?’!  After her haircut, she was subjected to comments from her classmates such as: ‘Are you a boy? Well, you look like one.’ She bravely responded to these comments, saying that having short hair does not make her a boy, just as having long hair doesn’t make someone a girl. How disappointing it is that these judgements are still entrenched in children at such a young age.

A more positive development we picked up on is the lack of bias that young people at many schools apply to each other. Today’s younger generation are often accused of being too “woke”, but are they not in fact just both demanding of, and accepting of, a more inclusive culture? At today’s schools, teenagers are openly gay, bi-sexual, non-binary… without any fear of reprisal or judgement.  Being different is not only accepted but welcomed and celebrated in a way it was not 30 years ago.

That young women are now more aware of bias and feel more able to speak out about it is progress indeed, but we still have some way to go. If you have daughters why not have a conversation with them about their experiences? Do share what you learn with us.