Celebrating the Birthday of the ‘First Lady’ of Nursing 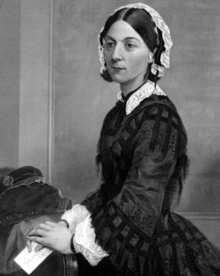