Common biases towards women in the workplace 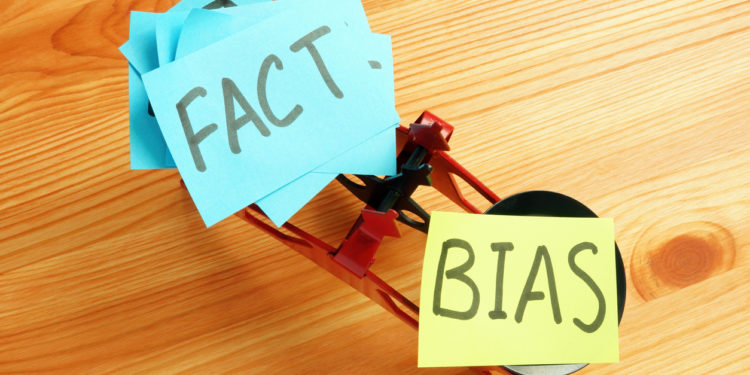 By Rina Goldenberg Lynch
I’ve been reading yet another book on bias – Bias Interrupted by Joan Williams.  It presents a new way of looking at bias in the workplace based on feedback from almost 18,000 people in different companies and sectors over a period of almost 10 years.

The author introduces five groupings of commonly-observed biases in the workplace.  Let us explore 3 of them today:

1. Prove-it-again Bias
This one is a bias we see a lot.  White, university-educated men tend to be judged on potential while everyone else (more or less) has to prove themselves on experience and demonstrated results.

2. Tightrope Bias
This is a bias that presents a double-edged sword for people of less privileged backgrounds.  Women, for instance, are often criticised for being either meek or  aggressive.  If they are quiet and less outspoken, women are told to be more confident. But when they assert themselves, they are often described as abrasive or even angry.  The tightrope is a reference to having to carefully balance stereotypes, for instance being seen as the ‘angry Black woman’ or an insecure, inexperienced girl.

3.  Maternal Wall Bias
The most common form of gender bias applies to women when they become mothers.  Odd as it may seem today, this bias continues to persist.  Assumptions are made about expectant mothers – that they are less competent (‘pregnancy brain’) and less committed.  In fact, there is often even an expectation that mothers should be more committed to their families than to work or be less ambitious about their careers.

The harm to organisations
There are many problems associated with biases in the workplace, particularly when a company is working hard towards greater Diversity and Inclusion.  Ignoring these biases – or simply not seeing them –  has a compounding effect on people’s careers.  In one study, for instance, it was shown that only a 5% gender bias in performance rating can cause a company that starts out with nearly 60% of women to end up with only half of them after 8 promotion rounds.  Similarly, in another study, a small amount of gender bias has been shown to improve the promotion to partnership potential for men threefold over women.

Bias has  a great impact on an organisation’s Diversity and Inclusion efforts – so addressing it in as many different ways as possible with persistence is vital.

Here are a few ideas, also from the book, of the kinds of things that help interrupt bias:

The book has many other recommendations and interesting data and I wholeheartedly recommend that you read it.

We too can help with identifying and mitigating specific biases.  Let us know if this is something with which you would like our help.