Diversity and Inclusion is good for our mental health 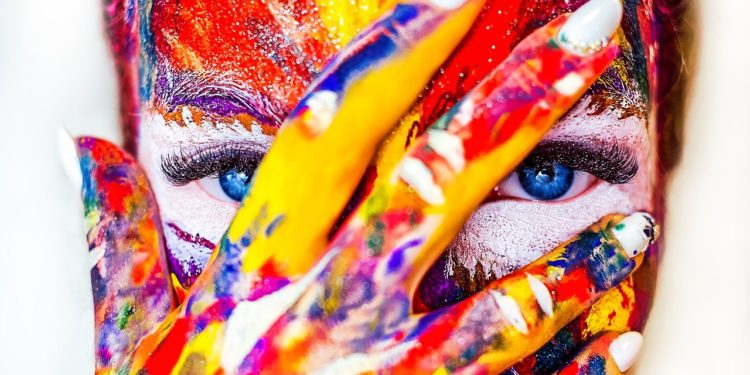 Diversity and Inclusion is good for our mental health.  We need the ability to be ourselves in the workplace to feel psychologically safe.  Of course, that’s also what most organisations want for their people.  But culture often tells a different story.  Have you heard of the concept of ‘covering’?

What is Covering?
Covering refers to the need to downplay an aspect of oneself, in an effort to fit in.   Examples include a gay woman who, while not hiding the fact she’s gay, does not join any of the organised LGBTQI+ meetings or events, in order not be associated with ‘that group of people’; a mother who never mentions her children so as to appear to be ‘serious’ about her career; a mature man who never mentions his anxiety so he cannot be seen as weak or unprofessional.

In fact, the majority of employees cover something about themselves at work – including 45% of white men!

People cover not because organisations insist on it, but because they feel that the culture expects them  to assimilate in order to be accepted or to succeed.  About half of us believe that our leaders expect us to ‘blend in’ and that our office culture expects it.

What’s the problem with Covering?
Spending time and energy fitting in or constantly downplaying an element of who we are is tiresome and draining – and bad for our mental health.  In a research project on covering, those who had to cover said that the practice of doing so was detrimental to their sense of self.  Half of those asked said that their leaders’ expectation to cover affected their sense of available opportunities at work, as well as their level of commitment to the job.

Another study showed that people who conceal their sexual orientation don’t do as well as those who don’t.  They suffer more anxiety about how colleagues and leaders might judge them, expending much energy on covering.  Because of the effort it takes to cover up concealed identities and relationships, they often prefer not to engage in banter – an important part of bonding with colleagues.  As a consequence, the study reports that 42% of those who cover up their sexual orientation feel isolated at work, and up to 70% believe that their careers have stalled as a result.

And there’s my own experience.  I remember my surprise at a survey response which asked how many people felt comfortable talking to their managers about working flexibly.  The aim of this question was to identify how evenly across the company managers applied their flexible working policies to women.  What I discovered is that many men who wanted to take advantage of the policy never asked for it because it was seen as ‘career suicide’ (their words).

How does D&I address this problem?
Diversity and Inclusion – or rather, Inclusion and Diversity – create a virtuous circle.

Efforts to develop a more inclusive work environment make it possible for more people to be themselves and have a greater sense of belonging.

The more people can openly reveal themselves, without fear of repercussion or career-related setbacks, the fewer mental health repercussions there are.

So the less covering there is at work, the healthier more people at work feel, and the more attractive that organisation becomes to people of truly diverse backgrounds, identities and experiences.  This raises the level of diverse contributions which will also raise the sense of belonging, and so on and so on.

How to raise awareness about this topic
Talking about D&I can sometimes divide rather than unite.  So it might be worth talking about these concepts without mentioning specific terminology.

For instance, instead of referencing Diversity, talk about people’s authentic contribution from their experiences and backgrounds and how this begets creativity.

Instead of talking about Inclusion, talk about feeling safe to express what’s on one’s mind; about developing psychological safety; about the concept of silent contracts.

Instead of talking about Belonging, talk about being part of something bigger, like the team or the department.  It’s also helpful to focus on the Core Values of the company (which are often aligned with Inclusion) and ensure that everyone knows how to live them.

The concepts of covering and the issues around mental health are intrinsically interlinked with D&I.  Unlike D&I, they are seen as relevant to a larger population of work colleagues.

So when you’re thinking about yet another reason to go down the D&I path, remember that the benefits are far greater than good business sense. It’s good for our mental wellbeing too.

Voice At The Table offer a series of Awareness Raising talks, including on the topic of Covering.  Contact us for a list of topics and to find out how you can host this or a similar talk for your colleagues.