Feel Empowered to Ask for Help 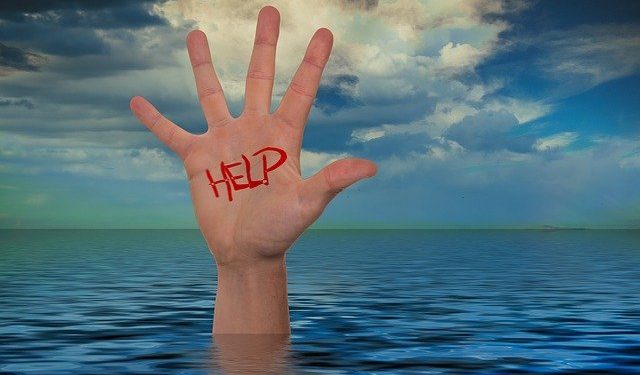 At the start of every year, I become a little self-indulgent and think about me and my goals for the coming 12 months. Something that’s right at the top of the (realistically small) list is the importance of “asking for help”. It’s a pillar of “humility and vulnerability”, which co-operatively form one of the Eight Inclusive Behaviours that we’ve recently explored and discussed in the Voice At The Table podcast series – #InclusiveInsights.

Why we don’t ask for help

It’s difficult to admit that we don’t know everything or that we sometimes need help. I’m the first to admit that I’m guilty of this “condition”. As a fiercely independent woman, it was always my firm belief that asking for help was a weakness, an admission of poor competency and would be viewed by my senior managers as a deficiency or flaw that would hinder my promotion or single me out as less capable than my peers. And for this reason, I would always push myself to work things out for myself and take pride in being so self-reliant.

It may be in my genes. When my nonagenarian mother recently had a fall and broke her hip, although in great pain, she was in denial about its severity, claiming that she thought it was nothing more than a bad bruise and that she was not seriously injured. She dislikes inconveniencing people and hates asking for help. An X-ray confirmed the worst and she was whipped into theatre. On this occasion she needed the help of medical experts, but within 24 hours, this determined and fiercely independent woman was up on her feet, with the aid of a walking frame and some encouragement from the professionals. As she’s aged, my mother has struggled to accept that her body is failing her at times and she needs support and intervention to assist her in her everyday tasks. It’s difficult to admit fragility, when you’ve always been so strong.

My son’s girlfriend is another determined and fiercely independent woman, with her heart set on becoming a lawyer after taking her A-levels. But she fully acknowledges that, as a young black woman, she is at a disadvantage purely by virtue of her skin colour. How depressing. But this hasn’t hampered her ambition; if anything, it has strengthened her resolve to challenge the status quo and fire a grenade at convention.

She has been identified as a smart, capable and suitable candidate for a mentoring programme that assists those – who don’t come from the traditional white, middle-class background – in securing a place at Oxbridge. She is astute and perceptive enough to know that this is an opportunity she should accept. She didn’t actively seek this help, but she recognises it could make all the difference to her life outcome. It’s an indirect means of admitting she can’t do this all by herself and needs help.

Why we should ask for help

Casandra Brené Brown, in her book – Daring Greatly – describes vulnerability as “uncertainty, risk and emotional exposure”. It’s that unstable feeling we get when we step out of our comfort zone or do something that forces us to loosen control.

Encouragingly, Brené Brown says times are changing. “We’re hungry for people who have the courage to say, ‘I need help’ or ‘I own that mistake’,” she asserts.

It’s my firm belief that people connect more with those who have vulnerabilities. Let’s face it, every superhero or heroine has a weakness (Superman has kryptonite, for example).  It’s what makes these people more relatable. If they were perfect, would we care as much about them? Probably not. And the reality is that no-one is perfect and almost everyone has had to ask for help at some point in their lives, whether or not they care to admit it.

Perfectionism hampers achievement, according to Brené Brown. It’s correlated with depression, anxiety, addiction, and life paralysis or missed opportunities. The fear of failing, making mistakes, not meeting people’s expectations, and being criticised keeps us outside of the arena where healthy competition and striving unfolds.

I’m banking this. It’s not going to be easy admitting my shortcomings and it’s going to place me firmly outside my comfort zone asking for help. Be patient 2022, we have 12 months to give it a go.

Read more about the importance of asking for help.