“Game on” for women’s football 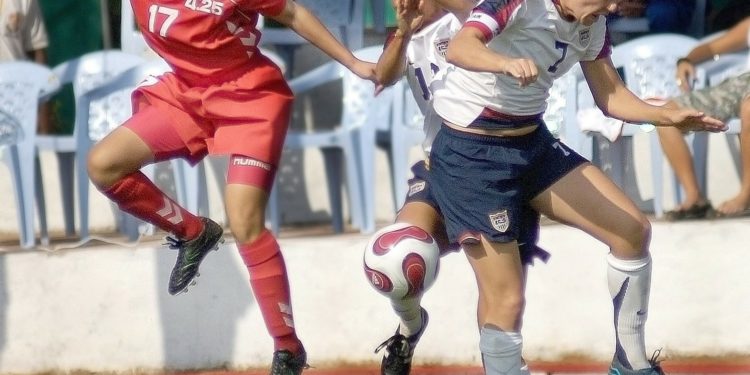 Hands up if you know that there is a football world cup happening right now.

Keep your hands up if you can name any of the players!

OK, so I have grudgingly lowered my hand… in dismay because if this was men’s football, even though I do not follow every England match in the calendar in (somewhat desperate) hope that we can close a 50+ year gap of trophy privation and reclaim our global reputation, I would be able to identify at least two or three players in the squad.

And for that matter, shame on my 14-year-old son, who said, “I didn’t even know there was a women’s world cup.”

Or are we being judgementally harsh on ourselves?

How much media coverage is there not just during, but months ahead of the men’s football world cup? It is inescapable – who could possibly not want to know every intimate detail of the players, both on and off the pitch? It’s almost impossible to escape from the ubiquitous “game on” mentality.

Not so, for the women’s championship, in fact it feels distinctly under the media radar. Is it because there is less money to be made in merchandising, ticket sales and TV rights? It does seem to be relegated to the side lines of the prime-time tv schedule and the prize money inequity is scandalous.

The winners of the Women’s World Cup will receive just $4m (from FIFA) compared to last year’s $38m for the men. Even the teams who ranked from 17th to 32nd place in last year’s men’s tournament received $8m. Is it just me or does this seem unreasonable?

If the Sun’s back-page headline after the first England match is anything to go by, potential sponsors are missing a (hat)trick.

An audience of 6.1million people watched the Lionesses beat Scotland 2-1; an impressive 38% of the audience share. It was also reassuring to see an all-female line-up of pundits on the BBC.

By contrast, the men’s national team scored an (estimated) audience of just 1.2 million in their Nations League third-place play-off with Switzerland, the day before.

The attendance of just over 13,000, at the women’s match, which was blamed on FIFA’s marketing strategy rather than a lack of interest, was not so impressive.

My friend’s 10-year-old son, Balthazar, who admitted to being a fan of the women’s competition, thought it was “sexist” to call the men’s tournament “the World Cup” and the ladies’ version “the Women’s World Cup”.

He is wise beyond his years, especially when he swiftly addressed the disparity with, “Why can’t there be mixed football?”

It was only when I delved into the history of the women’s game that I gained an understanding of why it has been marginalised.

The women’s sport started in the late 19th century and became popular during the First World War, attracting thousands of spectators.

However, in 1921 the FA declared the game unsuitable for women and FA-affiliated clubs were forbidden to allow women’s football on their grounds. The ban was in force until 1971; so little wonder the men’s game has dominated the professional football mindset. It took another 40 years to establish the “semi-professional” FA Women’s Super League in 2011.

Aside from suggesting Balthazar’s mixed teams idea to FIFA, I’m familiarising myself with the names of England’s key players, to appease my guilt and to alert my friends – both male and female – to the significance of women’s football.