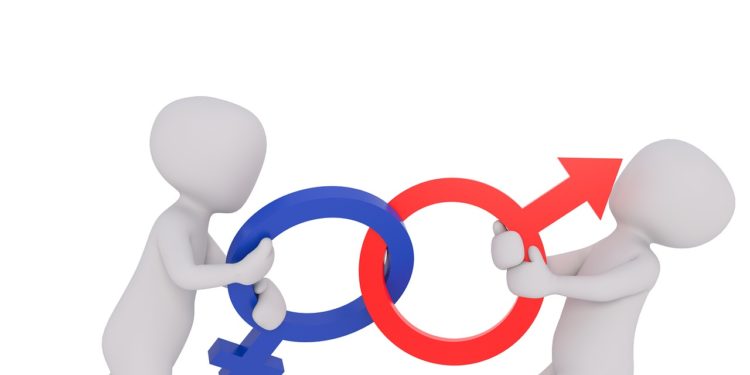 Yesterday I played tennis with a woman I hadn’t met before. She told me she was a mathematics professor at a local university. When she asked me what I did, and I said, “I work with companies to make them friendlier for women” she said, “Oh boy, do we need your help”. If I had a penny for every time I heard that phrase, I’d be retired somewhere on a beach by now.

Yes, I know, there’s no shortage of women wanting me to go into their companies to make them “see the light” – and yet, as the recent gender pay gap reports confirm – progress on this front is abysmally slow.

Gender parity is a conundrum I agonise over frequently. Why is something that seems so reasonable, even logical, so difficult to crack? I know so many women who are keen for things to change, and so many men who support these aspirations. Yet, for each one person who wants gender parity to become a reality, there are five or 10 others (men and women, I hasten to add) who vehemently disagree with the notion that women don’t already have it all, at least here in the UK and other Western cultures.

Much of the problem is that people continue to be unaware of gender biases around us at work and in our personal lives. Having been immersed in diversity and inclusion work for nearly five years, I see things now that others tend to miss; for example, I was out with friends recently, all married couples, except for one woman who is recently divorced. One husband benevolently suggested that they pick up the divorcee’s part of the bill, since she does not have a “proper”’ job and is ”scraping” to get by with two children. As noble and well-intentioned a gesture as that may have been, the underlying assumption, that a woman needs a man to pay for her, had not escaped me. Most importantly, would he have done the same for a male divorcee? I dare say not.

What is the point of all this ranting? It’s simply that society is blind to the fact that we have two different standards we happily apply to men and women (by men and women!). So, it’s not surprising that we can’t crack this dilemma at work. Gender bias is so ingrained in us, and is largely so invisible that it will take years to unpack all its nuances to see it when it stares us right in the face. I believe that pointing it out – while anecdotally mildly entertaining – is not going to change behaviours and perceptions overall. We need to start bucking the trend of societal roles and expectations of men and women. Let’s make it acceptable for men and women equally to work flexibly and to share child-caring responsibilities at home. Let’s make it attractive for women to invest and care about their wealth and financial well-being. Let’s make it second nature for boys to wear pink and girls to wear blue – or any other colour of the rainbow. Let’s make it as normal for men to bond over wine and conversation as it is for them to attend football games together and get drunk in the pub afterwards. And let’s make companies less of a stronghold of the extroverted, smooth-talking, confident leader and more of a platform for collaboration, inspiration, emotional intelligence and innovation. While we may not be able to root out our deeply ingrained gender biases, we may be able to wipe them out through changes in behaviour norms.