How celebrities use their privilege to speak out 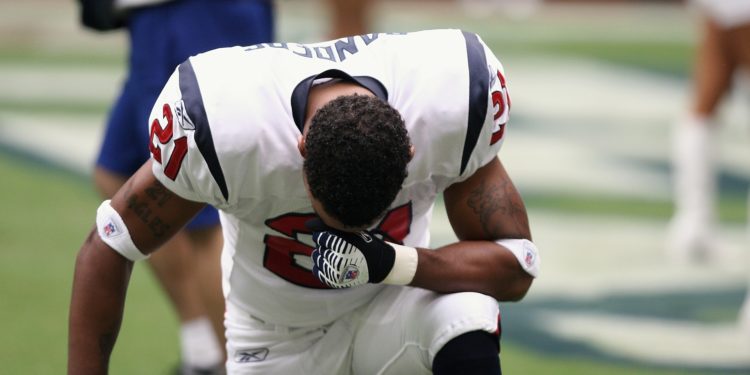 We often notice something isn’t quite inclusive, but may feel it’s not the time or not our place to speak out about it. As discussed in a previous blog, it’s also not easy to speak up whilst preserving good relationships.  We may even think that our actions will not make a difference anyway; after all, what can one person do?

To show you that the actions of one person can certainly make a difference, this week we share with you a few notable examples. 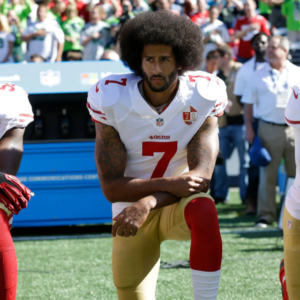 Colin is the American football quarterback who first took the knee during the national anthem. In 2016, he remained seated during the playing of the national anthem prior to the game, whereas it’s customary to stand. It was his way to protest against racial injustice, police brutality, and oppression in his country. The following week, and throughout the season, Kaepernick kneeled during the anthem. His actions resulted in a wider protest movement with global impact, for instance drawing attention to racism during sports games in the UK.

His protests gained renewed attention in 2020 amid the George Floyd protests against police brutality. There was a personal cost to his actions, as many people denounced him for taking the knee and he no longer has a permanent contract with an NFL team, but he has had an incredible impact by raising these issues. One of the reasons he was so successful in drawing attention to his actions and their meaning is that other people joined him, starting with his teammate Eric Reid.  Sometimes you don’t have to be the one drawing initial attention to something; supporting someone else can be enough. 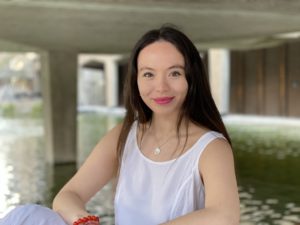 Soma is the founder of the anti-rape movement Everyone’s Invited. After watching a tv series on rape, Soma shared her personal experiences of rape culture in her UK school via Instagram. Rape culture is when attitudes, behaviours and beliefs have the effect of normalising and trivialising sexual violence. Within a week she had received and shared over 300 responses from people who could relate to her experiences or shared their own similar experiences. This prompted her to start Everyone’s Invited – a place where survivors of rape culture can share their stories anonymously. The site went viral and so far over 16,000 testimonies have been submitted, naming schools and universities. Schools responded, the police started an investigation, the government launched an investigation, the NSPCC set up a helpline, and Ofsted initiated a review into abuse in schools. The movement also inspired a support group initiative offering support to survivors. All this was achieved in less than 2 years.

Soma’s actions show that sometimes sharing your own experience can prompt others to do the same. When Soma received an overwhelming number of responses she didn’t shrink from this, but instead decided to take action and help survivors share. When speaking up we don’t have to have a political agenda; sharing in itself can be a powerful experience. 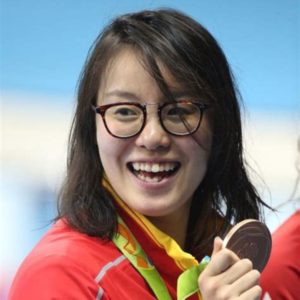 Fu is the Olympic swimmer from China who spoke up about her menstruation impacting her performance at the Olympics in 2016. It spurred a wider discussion about the impact of menstruation on exercise and sports and helped draw funding to further research. Until that point, research had been scant. Fu’s actions show that speaking out doesn’t necessarily mean you have to make a feminist statement or do something extraordinary. Sometimes, it’s just about openly sharing what is happening in your life, as Fu did.  Other recent examples of this include sportswomen such as Emma Radacanu and Naomi Osaka being open about their mental health. 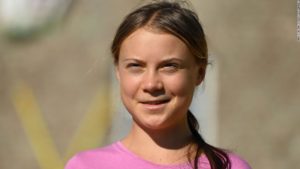 Greta is an environmental activist who is known for challenging world leaders to take immediate action for climate change mitigation. Her influence and actions seem formidable. Yet her actions show we can start small. Greta started by convincing her parents to reduce their footprint. When she was 15, she started her school strike for climate by standing in front of the Swedish parliament with a sign. That resulted in a local school strike, global school strikes, an invite to address the UN, and now being a major influencer and receiving many awards including nominations for the Nobel Peace Prize in 2019, 2020 and 2021. 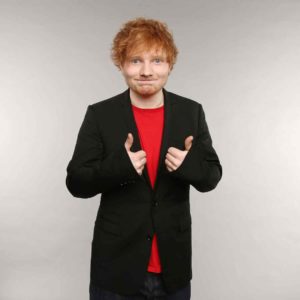 In 2015, British singer Ed Sheeran posted to his fans on Facebook and Twitter that he would take a break from social media. A year later, a survey found that 51% people would consider a ‘digital detox’ after learning Ed’s reasons for doing so. Ed revealed that the constant pressure of responding to messages and emails took a toll on his mental health. Other celebrities followed, or shared that they never used social media. Many people were inspired to follow suit.

Ed was not the only celebrity announcing this publicly, and he wasn’t the inventor of the concept of digital detox, which goes to show we don’t have to be original, or the first one to act, in order to inspire others. Ed was famous, and we may not have that same reach, but any one of us is in a position to influence a family member, a friend, our work team, or the people in our organisation

These five examples show that each one of us, in our own way, can make a difference when we speak out. We hope these stories will inspire all of us to do something too: make a gesture, share our story, share something that usually would be considered private, or take a stand.

Next time, when you see something that isn’t inclusive, I hope you can remember that one person can make a difference, just as these five people did.