How to Mitigate Bias as a Leader 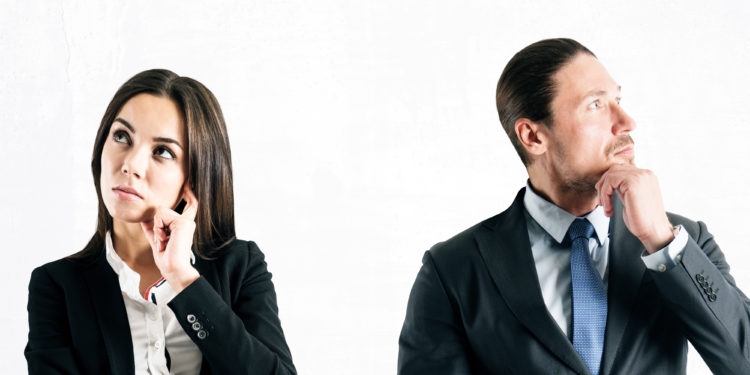 One of the fundamental characteristics of inclusive leadership is being cognisant of one’s own biases, understanding when we are most susceptible to them, and working hard to mitigate them.

According to one of the best writings on Inclusive Leadership, a Deloitte paper entitled The six signature traits of inclusive leadership by Bernadette Dillon and Juliet Bourke, in order for leaders to succeed, they must be able to leverage the intellect and insights of their diverse team.  To do so, they must follow three guidelines:

1.  Treat people fairly by appreciating their individual characteristics and identities
2.  Look at each person as an individual while valuing their input as part of the team
3.  Leverage the diversity of thought of your team

In other words, an inclusive leader is one who is able to bring together a team of diverse thinkers, draw out all their different ideas and perspectives, and use that contribution to enhance the performance of the team.
The key to achieving this is the leader’s ability to confront their own biases.

How to mitigate our biases as leaders

There are over 180 recognised cognitive biases – from Implicit Bias to Confirmation Bias to Groupthink.  It isn’t possible to mitigate them all, but a leader who is self-aware will be able to mitigate many of the common biases that get in the way of enhanced performance.  This is true of both personal biases as well as systemic ones.

How to catch one’s personal biases

The first step towards discovering one’s own biases is to acknowledge they exist.  An inclusive leader will know that they are inherently subjective.  They will make it their mission to uncover to what extent this is the case with the help of bias recognition tools (such as the Harvard Implicit Bias test) and regular 360º feedback.  They will research and read about common biases and how they manifest themselves in the workplace.

Once recognised, the inclusive leader will introduce procedures to help them minimise their potential prejudices, particularly ahead of important decisions.  They may, for instance, refresh their memory about implicit bias before conducting an interview.  They may have routine open and honest exchanges with peers about each other’s blind spots, sharing how they may have got in the way of good decisions and how to improve.

An inclusive leader will also know the circumstances in which they might be more susceptible to bias, for instance when they are tired or stressed.  Having identified these moments of vulnerability, an inclusive leader will endeavour to reduce the number of important decisions they make – or even remove themselves from the decision-making process, if need be – during these instants.

Finally, a self-aware leader will also be looking for built-in procedural flaws that may lead to unfair outcomes for people of certain groups.

How to catch systemic biases

Systemic biases are easier to spot than one might think.  A simple glance at data can reveal lingering biases in processes like recruitment, hiring and promotion.  An organisation, for instance, that routinely fails to hire a certain ethnic minority or struggles to promote women to its senior layers of leadership will almost certainly have a built-in bias in its selection processes.

According to the Deloitte paper, an inclusive leader who is aware of their own biases will also endeavour to embed fairness in the system by looking at the following three features of fair play:

An analysis of the data in response to these questions will expose any inherent biases which can then be addressed with various countermeasures.  See, for instance, our recent article for a few suggested measures to make progression more inclusive.

In summary, “the first step to becom[ing] an inclusive leader is to acknowledge your inner Darth Vader, so that you can challenge your own biases constantly.”

If you need help in doing this for yourself or your leaders, ask us about our inclusive leadership development programmes.