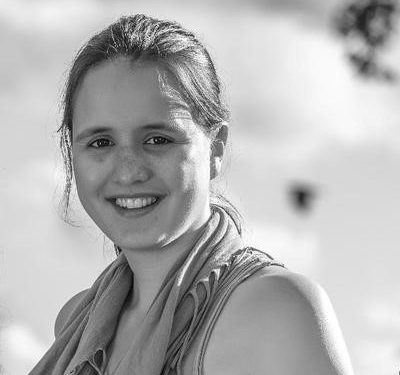 This month’s guest blog is by Helen Pritchard, owner of Orchid Digital. Helen has enjoyed more than 15 years in the media industry creating content for entertainment, the music industry and helping to launch many new online web channels. She started Orchid Digital Ltd, a video and animation company, in 2012. She is passionate about helping businesses achieve successful results and keeping people calm in front of the camera.

It’s that time of year when young people are considering their futures: contemplating to which university they’ll apply or whether to skip higher education and navigate the jobs market or perhaps weighing up their career options – having graduated from university – and pondering the next step. For young women, the dilemma of whether to pursue a future that is too often regarded as male-dominated and therefore impenetrable and possibly futile, is still a reality in 2020. But it shouldn’t be and I’m living proof that women can succeed in such a male-populated landscape.

As a teenager, after a careers fair, I was determined that, somehow, I would work in the media industry and – more radically – in a technical field. My first ever paid role, at the age of 20, was a radio editor for BBC Premier League. I had to be pretty fast with my audio editing to create highlighted packages of interviews and goals within half-time. My years spent learning how to edit in my spare time really did pay off for that moment. That was also my first real experience of working as the only female in a team. Some of the men working as production runners instantly became jealous of my new role!

Typically, women in the media industry, (at least back when I started) were mainly in the production office. I was, however, always drawn towards filming and editing, which was generally a very male dominated environment. I gained a full-time role early on as a TV multi-skilled technician for live television, operating cameras, sound and lighting. My confidence and technical knowledge expanded as I hopped from channel to channel and I became the “go to” when something went wrong. I was aware of a gender pay-gap, as it was talked about among the crew and I knew men – doing the exactly the same job – were remunerated with a higher day rate. This was probably the biggest challenge I experienced in most of my roles.

As my career progressed, I became a self-shooting producer and interviewer for an online TV channel, regularly working with famous musicians and Hollywood actors. As a young woman it always seemed I had to work harder than my male colleagues in order to “climb the ladder”. I was always given the chance to prove myself though and I’ve worked with fantastic teams (both men and women) in my time. I’ve had some amazing experiences, worked on many shows and helped create content seen by millions.

Fast forward to today and I have a small production company I can call my own. One that I’ve grown from all my “geeky” technical and creative skills. Some jobs have included working as the only female for live streaming. One where I had to lift heavy equipment, install camera rigs and climb ladders. I’ve noticed that for me the landscape has changed for the better, importantly I’m paid in line with everyone else and I’m respected more for my knowledge and ability.

In 2018 I had my first child and this challenged me even further, in a positive way. As women, we’re incredibly good at multi-tasking and of course, I put this into practice daily. My son is still little and I choose to be with him the majority of the time while calling clients, editing content and running my freelance team. I fit my work in around the clock and I am fortunate to have some of my services where I can do the whole project from home.

For any young girls out there, who are thinking of entering a technical field I encourage you to follow that dream, even if you will come up against challenges. I never did what was generally “expected” of me as a female. I’ve never cared if I work solely with men, it’s shaped me to become the person I am today and it has been a very rewarding experience.