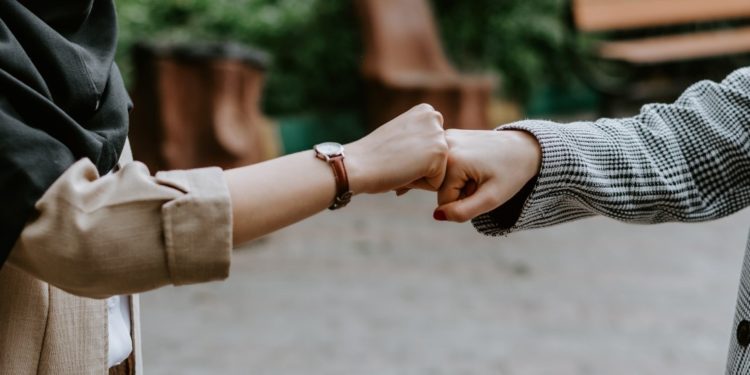 I recently watched Madeleine Albright speak about her latest book – Hell and Other Destinations – at a virtual event.  She will always be remembered by most women for the famous quote, “There’s a special place in hell for women who don’t help each other”.  But Madeleine should be honoured for so much more!

Madeleine Albright was one of my very early role models.  She – alongside others like her, including Ruth Bader Ginsburg, associate justice of the Supreme Court – was one of a few very impressive women appointed by Bill Clinton to support his administration, right around the time that my own career began in Washington DC.

What I liked about Madeleine is not the fact that she was the first female Secretary of State (as, this in and of itself, was a much overdue accolade), but the kind of person she was and is. Tireless in the pursuit of true democracy, a fearless advocate for and ally to women, an immense learner and – amongst all of this – so very human, vulnerable and humble.

Throughout her very long and continuing career, Madeleine Albright has been a beacon to women and an exemplary leader for all who lead.  From her humble beginnings as an immigrant from Czechoslovakia in 1948, to graduating from Wellesley College (a renowned all-female liberal arts university in Massachusetts), having then earned her PhD from Columbia University in NYC, Madeleine dedicated her life to serve others, first on the National Security Council, then as Secretary of State, and after that, as advisor to the CIA, professor at Georgetown University in Washington, DC. and in many other roles and ways.   And, while President Obama recognised Madeleine Albright’s contribution to the people of America by awarding her the Presidential Medal of Freedom, Mike Pompeo – then head of the CIA and about to be appointed Trump’s Secretary of State, promptly relieved Madeleine of her services as, evidently, the current administration had nothing to learn from someone like her.

During the virtual Guardian Live event that I attended, the message that stuck with me is Madeleine’s constant refrain that Democracy isn’t a spectator sport. This speaks to me particularly now as the world grapples with the pandemic and economic distress and I worry that the efforts that we have been making towards greater tolerance and inclusion might be unravelling.  In this context, I agree with those words uttered by Madeleine Albright which, translated into my own world, mean to me that we must continue to push ahead with gender diversity and inclusion. We must continue to help others see the world from a different perspective and help them understand how that difference is valuable rather than threatening.  We must continue to become more aware of our own biases and try to challenge them. This is true as much for me as it is for you. There’s no point in saying ‘I’m not biased’ or ‘I’m not racist’ when clearly many of us are.  It’s better to ask ourselves the question ‘Am I biased or racist unwittingly? And if so, how do I find out and how do I mitigate that?’

No, democracy isn’t a spectator form, and neither is diversity and inclusion. I will continue to do my part in it and invite you to keep doing yours, starting with yourself. Educate yourself, understand “white privilege”, learn how others experience the world full of obstacles that are invisible to you.  It’s only when we admit our own failings that we can begin to move past them.  In the words of Brene Brown, “Vulnerability is the birthplace of innovation, creativity and change.” So, allow yourself to be vulnerable and let’s progress together towards a world befitting of our dreams and ambitions.