Never work with children or politicians 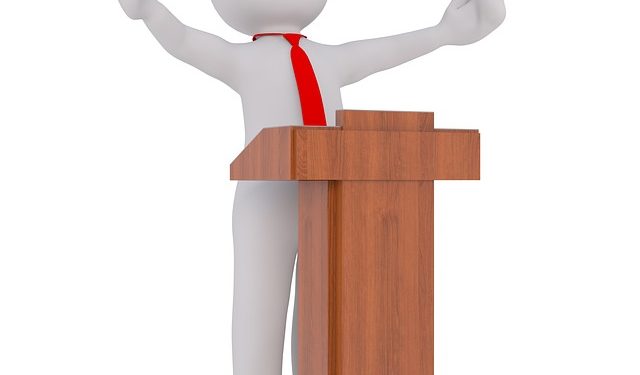 Have you heard of the word “bropropriation”?

Well you learn something new every day, it seems, when you read the media reviews of the television and radio debates between the “wannabee” Tory candidates for the role of the UK’s next Prime Minister.

I am humbly admitting that I haven’t or hadn’t heard of bropropriation until I read a Telegraph review of a televised political debate chaired by the BBC’s formidable and hugely experienced Newsnight presenter – Emily Maitlis.

Ms Maitlis had the almost impossible job of calling order on the (then five) Alpha-male candidates who perched on their pedestals and pontificated about their “exceptional” credentials in the shameless pursuit of power.

They bleated like over-ambitious parents at a school sports day; squabbling and interrupting each other – in an unabashed bid to dominate the conversation and have the “vote-winning” last word.

Instead of lambasting their pugnacious and hubristic behaviour, social-media critics turned on Ms Maitlis for failing to “control” them. She was also rebuked for interrupting the over-zealously loquacious candidates.

But for all her relentless efforts, she found them unmanageable.

Telegraph columnist Claire Cohen said that many women who watched the debate, would recognise these “mansplaining” and “manterrupted” (also new words to me) behaviour traits, along with bropropriation – which, for the record, is when a woman says something, only for a man to repeat it moments later to widespread approval!

As one woman on Twitter commented afterwards: “Emily Maitlis saying ‘Can you hear me’ to Boris, as he talked over her, is basically any woman that’s been in a meeting full of men ever.”

Springing to her defence, Channel 4 presenter Cathy Newman said the candidates were “basically just ignoring the only woman present”.

Ms Maitlis was also stationed in such a way – stuck to one side of the panel – that she could not command a position of control.

Commenting on this in the Daily Telegraph, coach and Voice At The Table associate Katie Driver said: “If you’re at a table and leaning forward, you can use your physical presence more. You can put an arm out to create a barrier to someone speaking, or to bring someone else in. Emily was stuck behind a podium and although she did use her arms, she couldn’t engage in the same way.

A specialist in thoughtful leadership and introvert preferences,  Katie said that whenever she gives a talk or runs a workshop, she uses the floor-space to her advantage.

“It’s about owning the room,” she said.

“I never stay at the front, but I walk around – that establishes that it’s my space and that we’re going to work to my rules. It lets people know that I’m in charge.”

As we are tentatively on the subject of politics, MP Stella Creasy is trying to “take charge” of her maternity rights, which seem punitively restrictive.

Creasy is challenging the Independent Parliamentary Standards Authority (IPSA), which does not recognise any form of maternity leave and stated that it would not automatically provide extra support for constituency work after she gave birth. She had requested maternity cover, essentially a locum, for work conducted outside the Commons.

This comes as something of a surprise, knowing that IPSA’s chair is a woman.

Just a thought, but maybe the eminently capable Ms Maitlis could be persuaded to go into politics herself. She already has support.

Commenting on those involved in the TV debate, former Women’s Equality Party leader Sophie Walker, said: “If we have to have one of the people in this picture as our next Prime Minister can it be Emily Maitlis please?”