One Step Forward and Two Steps Back 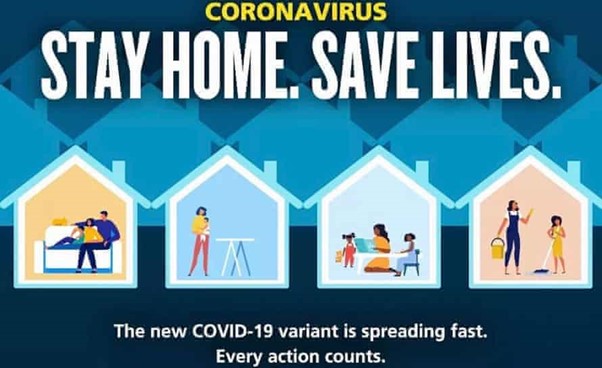 Just when I thought the government had proved its strength by being streets ahead of its European counterparts in rolling out a Covid vaccination programme, it sank to the shallow depths with a recent sexist stay-at-home marketing campaign. Although swiftly-withdrawn, it shamefully presented us with draconian stereotypes that women have fought relentlessly to bury and role models that we thought had been consigned to the history books.

If this pandemic has taught us anything, it’s that women have borne the brunt of caring responsibilities. Studies have shown that women are undertaking disproportionate amounts of housework and childcare and are also shouldering the burden of the pandemic’s economic fallout.  Before coronavirus, for every one hour of unpaid work done by men, three hours was done by women. Now that figure is higher. Mothers are also twice as likely to take time off because of school closures or sick children and are more likely to lose their jobs.

Is this what the government was thinking when it created the poster depicting women – in three of the four images – in domestic roles? These dated and reductive portrayals of modern family life are startlingly conservative with a small c; I hope it’s not how modern-day Conservatives perceive the role of women or we’re doomed. After a monumental public backlash, the government removed the infographic and claimed that the ad did “not reflect” its “view on women”.  Easy to say, after the horse has bolted.

My over-riding concern here is the misguided role model imagery it – albeit fleetingly – delivered, especially for younger women and girls. It’s been stated time and time again that there aren’t enough strong female role models for women to aspire to, which often limits the career paths that girls follow. Strong role models and female mentors in industry, offices and board rooms help to dispel harmful biases that keep women from realising their ambitions to create a world where gender diversity thrives.

The Advertising Standards Authority stipulates that campaigns “must not include gender stereotypes that are likely to cause harm, or serious or widespread offence”. Wasn’t it glaringly obvious that this infographic fractured those rules?

In my book, sanctioning it as a “public information” tool showed the government’s blatant lack of awareness and mind-blowing arrogance that has no place in modern society.

Only a few months ago, we were warned that the coronavirus pandemic could wipe out 25 years of increasing gender equality.

The global statistics, published last November by UN Women, suggested that employment and education opportunities could be lost to the pandemic and that the “care burden” it had created for women posed a “real risk of reverting to 1950s gender stereotypes”.

How disappointing that we’ve witnessed it on our own doorstep.