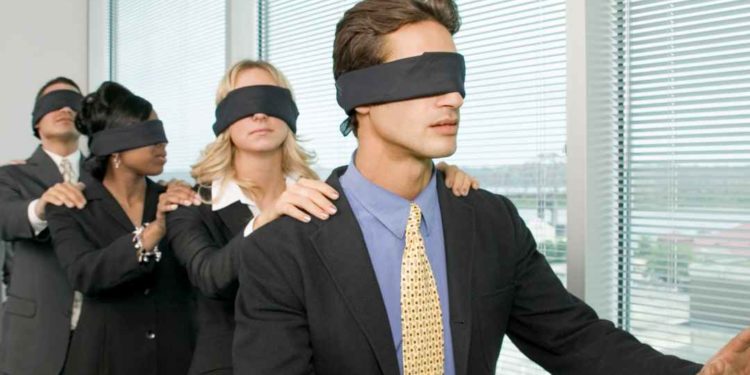 How would you like to be led through a transformation when your leader doesn’t appear to know how to get there, or even what the ultimate outcome should be?

This is what the EDI transformation feels like in many organisations these days. Our leaders are often reluctant to take on the responsibility of leading this change, even when they are personally on board with it.

The problem is that there’s naturally a direct correlation between a leader’s engagement with and understanding of the EDI transformation and the success of that process.

Let me share some examples to illustrate what I mean:

One of the companies we’ve been working with had been on the EDI transformation journey for years.  They had implemented lots of initiatives, celebrated milestone events like International Women’s and Men’s Days, had beautiful brochures about EDI’s importance to the organisation and had even instituted targets for the recruitment and promotion of women.

After years of heading in this direction, the CEO of the company realised that it’s impossible to achieve goals without understanding why and what those goals will actually do for the company.  This is when we got involved.

The CEO reached out and asked us to work with their executive team to articulate a clear EDI ambition for the company, one that felt like their own, that aligned with the company business mission and vision, and that people across the entire company could relate to.

In order to do this, we embarked on the exercise of understanding how much the executive team was actually vested in this transition, how much they understood what it needed to achieve and why it was necessary.  It is only after many individual conversations and a few workshops that we noticed a shift in how members of the executive teams viewed the EDI transformation and the reality of achieving it.

The team now understands what it takes to get there, what obstacles are likely to appear and how to tackle them. Now that the entire executive is vested and equipped with knowledge and understanding, they can productively lead their own respective teams with significant rates of success.

Another Voice client had also been working on the EDI transformation for years, without much success. This company has an extensive in-house EDI team that has been launching and implementing a lot of great initiatives. This team managed to arouse lots of interest and motivation with many of the employees, but the stats were not shifting. This lack of visible progress and the consequential disillusionment became a hindrance to progress. When a frustrated senior director on the company’s executive team reached out to us, we suggested working with the leadership team to create the necessary momentum and motivation.

We are working on answering difficult questions for the senior leaders and we will move on to do the same for their teams. Questions include:

Once they understand the underlying assumptions and genuine reasons for the resistance they will encounter, these leaders will be able to address them, and convert scepticism into motivation.

Another senior leadership team struggled to convey the importance of the company’s EDI transformation.  They simply didn’t have the right words to motivate and galvanise their people and therefore they succumbed to the loud voices objecting to the journey.

We worked with them on 3 things, as follows:

ii. Building confidence in staying the course. Leading something when we have little faith in its success is difficult, especially if we don’t really know how to accomplish it. But by personally engaging with the EDI journey – i.e. going on it ourselves – we increase our confidence in achieving the transformation.  This confidence then shines through everything we say and do, and makes it much easier to gain wider support.

iii. Developing a vocabulary that builds momentum and support. Educating oneself on the important elements of EDI is something no leader can avoid anymore.  As in any other business transformation, confidence in leadership is derived from seeing and hearing that the leader knows what they’re talking about. Using the right vocabulary, simplifying concepts and being able to explain them are all part of building the requisite influence and credibility to successfully lead the EDI transition. It is therefore every leader’s responsibility to educate themselves in this regard.

In summary, those leaders who personally engage with the EDI transformation, making it a clear business mission and committing to it, are the ones who succeed in shifting the needle on culture change in their organisation.  After all, these leaders understand that the reason they’re doing this is to drive business success – and if that’s not enough motivation for leadership, what is?