Psychological Safety is the Key to Inclusion 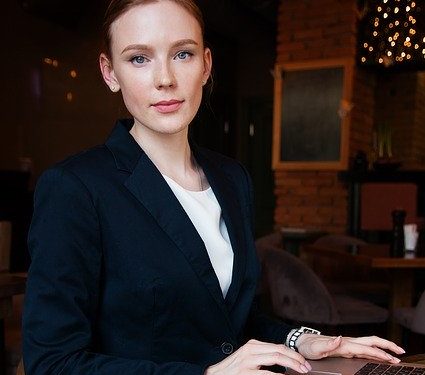 Have you discovered Matthew Syed’s Rebel Ideas yet?  If not, put it at the top of your reading list! Not only is this a highly insightful book on the value of cognitive diversity, it is also a skilled and eloquent account of what we at Voice At The Table aim to deliver to our clients: the full benefits of your diverse teams.

Today, prompted by a section of the book, and in light of this month’s focus on mental health, I want to talk about the importance of creating psychologically-safe teams.

What is Psychological Safety?

Psychological Safety refers to an environment in which people feel safe to offer suggestions and take reasonable risks without reprisal. It is crucial to the development of an inclusive environment.

As defined by Harvard Business School professor Amy Edmondson, psychological safety is: “A shared belief held by members of a team that the team is safe for interpersonal risk-taking… [It instils] a sense of confidence that the team will not embarrass, reject or punish someone for speaking up… it describes a team climate characterized by interpersonal trust and mutual respect in which people are comfortable being themselves.”

In 2012, Google asked itself the question (as part of the celebrated Project Aristotle study): “Why are some of our teams performing better than others?”  After extensive research, the study concluded that “psychological safety was far and away the most important of the dynamics we found” that was the single most important factor driving success. “Individuals on teams with higher psychological safety are less likely to leave Google, they’re more likely to harness the power of diverse ideas from their teammates, they bring in more revenue, and they’re related as effective twice as often by executives,” it concluded.

How do we achieve psychological safety in our teams?

Psychological safety begins with the leader.

A leader’s ability to put him- or herself on the same level as his team (rather than being dominant), to show vulnerability and be as human at work as they are in their personal life –creates trust and collaboration.  In other words: a leader who is truly inclusive will have the best chance to instil psychological safety in their team.

Matthew Syed describes this kind of leader as someone who uses “self-deprecation as a rhetorical devise to signal a different dynamic [from that of a dominant leader]. They explain their ideas thoroughly, because they know that colleagues who understand, and endorse, them are more likely to execute them with judgment and flexibility. They listen to those around them, because they recognise that they are not too smart to learn from others”.

How do teams benefit from psychological safety?

One of the essential benefits of psychological safety is that it allows the team to profit from its diversity of thought. By instilling an environment in which team members are encouraged to share their experiences and individuality, teams are able to be more creative and make better-considered decisions.

In order to do that, it’s important to be mindful of cognitive biases that may get in the way of sharing from the heart. Groupthink is one such bias: groupthink occurs when members of the team are influenced by another’s thinking. That typically occurs in group dynamics when a leader – or someone else with influence – expresses their opinions first. And even when the leader doesn’t speak until later, hearing other members speak out loud impacts on the thinking of the rest of the team.

For this reason, an inclusive leader is mindful of team dynamics.

In Rebel Ideas, Matthew Syed points to a number of techniques that safeguard effective communication from biases. Most notably, he describes a practice introduced by Jeff Bezos at Amazon, known as the “golden silence” – a team dynamic that requires that each meeting begin with a 30-minute silence during which each member quietly considers the main agenda item, set out in narrative form in a six-page memo provided at the start of the meeting. This enables each member to evaluate the challenge, without being influenced by the views and experiences of others. When, finally, the team begins to discuss the issue, the most senior person speaks last.

There are many other techniques available to inclusive leaders that allow them to benefit from the full cognitive diversity of their teams – but before the leader can take full advantage of the team’s amazing diverse thinking, they need to learn how to establish psychological safety.