Saluting the Victorian Mother of Invention 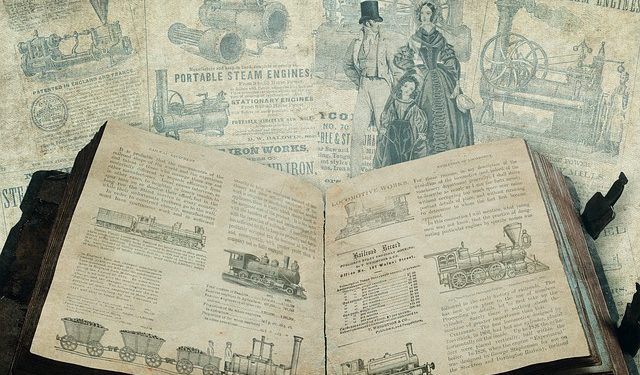 Note to self… and all readers… go and hug your computer on 8th October. No, I haven’t lost my marbles or turned into some strange, tech-geek, cyber warrior, I’m genuflecting to a remarkable woman, who is often overlooked in her contribution to the development of the device that has revolutionised the world.

We often hear the alliteration “founding father”, but what about mother? What should we use to describe mothers of invention and discovery? Wonder woman seems too trivial. Wise woman; too patronising. Smart sister? Absolutely.

My subject – Ada Lovelace – was smart beyond belief – a mathematical genius and credited with being the first computer programmer in an era when women were seen and not heard.

But if you ask people (and I have) – if they know who Ada Lovelace is, they draw a blank. My mission, therefore, is to fill-in some of the gaps so that you can “wise up” to her brilliance and spread the word about her place in tech history.

Born in 1815, she was the (noble) progeny of an art and science gene pool – the romantic poet Lord Byron and mathematician Anne Isabella Milbanke, 11th Baroness Wentworth.

After her parents separated, when Ada was a baby, her visionary mother steered the course of her education and insisted that she learn maths and science, which was revolutionary for an aristocratic young lady.

One of her tutors was Mary Somerville, a Scottish astronomer and mathematician, who was among the first women to be admitted into the Royal Astronomical Society.

Recognising her brilliance, another of her tutors, maths professor Augustus De Morgan, told her mother that if a young male student had her skills, “They would have certainly made him an original mathematical investigator, perhaps of first-rate eminence.”

Undaunted by parochial Victorian attitudes, Ada unobtrusively honed her skills and at the age of 17, she met Charles Babbage, a mathematician and inventor. He became Ada’s mentor and she began studying advanced mathematics.

Ada was fascinated by the ideas of Babbage, known as the father of the computer, who was working on designs for a “machine” to solve complex mathematical calculations.

She described how codes could be created, for the device, to handle letters and symbols along with numbers. She wrote the first algorithm that was meant to be processed by a machine. She also proposed a method for the machine to repeat a series of instructions, a process known as looping, that computer programs use today. For this reason, she is often considered to be the first computer programmer.

Her life was cut short by cancer, at the age of 36, depriving her of a career that would have certainly produced further remarkable achievements.

But her accomplishments are destined to endure with the annual Ada Lovelace Day – this year on 8th October. This is a dedicated international celebration of the achievements of women in STEM. It aims to increase the profile of women in STEM and, in doing so, create new role models who will encourage more girls into STEM careers and support women already working in them.

We, at Voice At The Table, are hosting our own celebration of Ada Lovelace Day – Women in Tech: Breaking Barriers – on 10th October at the BBC’s New Broadcasting House in central London.

Join the conversation on how to survive and thrive in the tech and other male-dominated sectors; pick up practical tips from our panel of leaders on what it to takes stand out; and help support other women who are breaking barriers in male-dominated work environments.