Should we be ‘fixing’ the women? 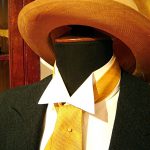 Should we be fixing the women? By this I mean, should we train women to behave, communicate and assert themselves at work more like men? Because this is what we, Voice At The Table, appear to be doing; we offer workshops on how to find and develop your personal brand, how to be more assertive and speak up at meetings, how to communicate clearly and concisely, and how to behave and be more confident. These are not just professional skills, these are skills most men never have to learn because – somewhere along the way – the pick them up.  But most women struggle with these skills, even at the very top of organisations as this HBR article tells us. So should we continue to teach women how to be more like men?

The way I see it, it’s not about ‘fixing’ the women; it’s about equipping them to succeed in any type of environment. It’s about giving women the ability to choose how they communicate in the relevant forum: if work requires that they assert themselves in order to be heard, we show them how to do that; if they need to build a more effective network, we explain how others do it and how they too can garner the help of colleagues and friends around them; if being promoted requires them to speak about their achievements and future potential more openly, we give them the tools with which they too can become more visible. In other words, we teach them to become fluent in another language, the language of corporate success – a language that most of their male counterparts speak fluently.

Is this a bad thing? I suppose it would be better if we didn’t have to learn to speak another language in order to succeed; if the language that we do speak would be more readily understood within companies. The fact remains, however, that women still work in male-dominated cultures and, until this changes, may need to play by the rules of the existing game. The good news is that the rules are changing, slowly but surely. But until they have changed enough, we have to give women the chance to play and play well.

For more on this topic, read my blog Changing the rules of the game: when is the right time?