Speaking Out As An Ally 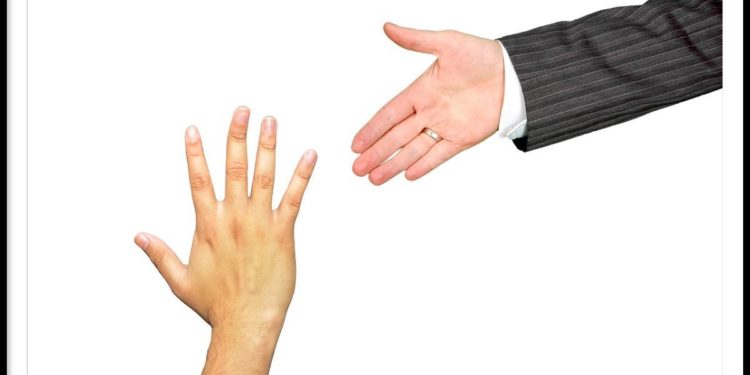 By Sara Bell and Phil Cox

Ever wonder what it takes to speak up as an ally? Voice At The Table D&I consultants Sara Bell and Phil Cox sat down together to explore what it really means to be an ally at work today. Their conversation brought out some interesting insights and practical tips for us all on how to improve our allyship.

Phil: So… I like to think that I’m a nice person… I go out of my way to not consciously hurt anyone’s feelings, and I try to be kind to people I work with. What’s the difference between that and being an “ally”?

Sara: I love that you deliberately try to be kind; we need more of that in the world. To understand what it means to be an ally, we need to look at what we are an ally of. The workplace can be an uneven playing field, with obstacles disproportionately affecting marginalised groups of people: for example, the “prove it again” bias that can delay promotion for women and even more so for black or Asian women. If you know about these universal challenges and actively look out for them, then you can make a choice to dismantle the obstacles. In this example, being an ally could involve you speaking up to highlight the different standards and point to a black woman’s track record of success. Being an ally is also about recognising that you, for example, as a white educated man, might have some privilege, and in positions where you may have some power or authority, deliberately using that to bring about change.

Phil: I get that people with privilege can help to dismantle some of the obstacles that you’ve described.  But presumably they need to be in a position of some organisational power to do that?  If I’m going to make a promotion process fairer, for example, don’t I need to be responsible for that process?  But what if I don’t hold that sort of power in the organisation? What if I’m just another worker bee? How can I help? And is “helping” even the right word? I’m worried that sounds condescending.

Sara: You can definitely help, and it might be useful to think of it more as helping dismantle an unfair system rather than a person; doing it together with the person you are speaking up for. Even without authority or positional power, you have innate power as an observer of interactions amongst peers. You can re-attribute a ‘stolen’ idea, for instance, by saying “Thank you Jason for expanding on Janet’s idea; Janet, as this was your suggestion, what do you think we should do next?” and you can say something when you notice microaggressions or inappropriate banter. I also think there is a role to play in starting conversations with other people of privilege. For example, asking if they notice the tightrope some colleagues seem to walk, in trying to be assertive enough without being seen as aggressive. What do you think?

Phil: Firstly, I really like the framing of allyship as a collaborative venture, to be done WITH others rather than TO or FOR others.  It moves away from what might otherwise be a disempowering victim-rescuer dynamic. So that’s really helpful positioning. Thank you.

What is clear from what you’ve said is that there’s a lot more to being an ally than simply saying, “I’m an ally”.  There are lots of men out there who proudly wear the ally “badge” for all to see – on LinkedIn or whatever – but I wonder whether their day-to-day actions really support the “badge”.   What’s your experience of that?

Sara: Yes, there is action attached to allyship. Otherwise, it’s only performative allyship, or as we refer to it at Voice At The Table, ‘window dressing’.

I’d say the key thing to do as an ally is to curiously learn about the barriers and issues underrepresented groups face, and then to advocate for them with others.  Becoming a better ally is an ongoing process. I almost gamify it for myself – this week, did I speak up in a moment where it would have been more comfortable to remain silent? Did I use inclusive language? Did I pay an opportunity forward?

Phil:  So being an effective ally starts with educating oneself about some of the things you’ve talked about, like micro-aggressions, bias, stereotypes, and inappropriate banter. And noticing inequalities we come across in our workplaces. And then finding ways of calling all of that out! That’s a lot! Where do I start?

Sara: I think the biggest step is the first time you speak up. I would suggest finding a safe space to practice, maybe with a colleague-friend who is a different gender / ethnicity / age / ability / sexual orientation, or attend D&I webinars and training events such as a Voice At The Table Taster Session (next one in February) or LIVE Q&A. Then remind yourself to look for a moment to act as an ally, every day for a week. We know habits take time to form, so practise often.

Imagine, if everyone reading this takes one small action of allyship in the next week, we will all be part of a movement towards a more inclusive workplace and society. I’ll let you know next week what action I took. Please hold me accountable!

Phil: I will. Please do the same for me!

Three simple things anyone can do to be a better ally: