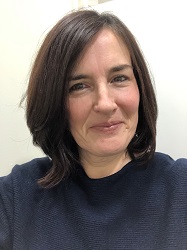 Melissa is a journalist by profession.

She cut her professional teeth on local newspapers, in London and then Norwich, before jumping ship to work as a broadcast journalist at the BBC. The majority of her career was spent at the BBC in East Anglia, which involved covering local stories for the nightly news magazine programme. She moved into news producing and presenting before heading to London to embrace the digital platform, BBC News Online, where she reported on the daily news agenda before specialising in Health and Education journalism.

As a child, Melissa learned to play the clarinet, then taught herself to play the flute and later, as an adult, the saxophone. As a teenager, she played the clarinet in a youth concert band and the pinnacle of their accomplishments was to perform at the Royal Festival Hall.

“I can still remember the thrill of playing the theme tune to Star Wars (it was the 1970s!) and hearing it reverberate around the auditorium, while my parents listened with pride,” she said, nostalgically.

She said that if there was one thing in the world she could change, it would be to eradicate aggression and violent crime. Too many lives have been lost recently to stabbings and shootings and as the mother of two teenage sons, she fears for their safety and those of other innocent young people.

Although she left Norwich more than 20 years ago, she has the “luxury” of owning a small place on the north Norfolk coast. It was handed down to her by her mother, who bought it when Melissa was about five years old.

She said: “As a child, it became our “go-to” holiday destination every school vacation.

“And now, history is repeating itself, as I regularly take my husband and two sons there. It is our bolthole – a place where no-one seems in a hurry and a great escape from the fast pace of London life.”

Aside from her journalism credentials, Melissa is also a qualified civil funeral celebrant and a professional Nordic Walking instructor and in her spare time enjoys tennis, yoga and going to the gym – to offset her passion for good food and wine.

Her new role is to edit the newsletter for Voice At The Table.

She said: “I have revived my love affair with writing in support of a great cause. What could be better than championing the ethos of promoting greater equality for women in every walk of life?”