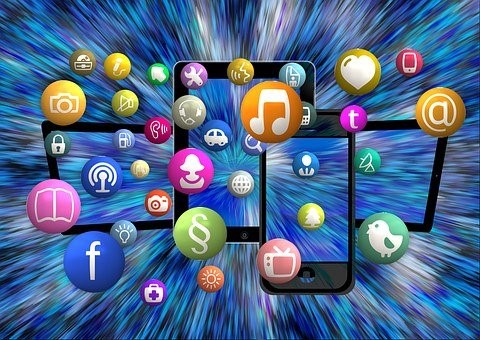 We are living in a world – for good or bad – where social media permeates every aspect of our lives. But what happens when social media is used against women in their professional environment, to threaten, undermine and abuse them?  It’s a serious issue for female MPs and the fear is that such toxic behaviour is going to deter women from engaging in public life and that we could lose a generation of potentially brilliant MPS.

There are currently 219 women MPs in the House of Commons – the second highest ever. But at what price? Many have received – at the lower end of the spectrum – harassment and abuse and at the disturbingly violent end – rape and death threats.

Last year, Brent Central MP Dawn Butler, publicly voiced her support for the Black Lives Matter campaign in a column for the Metro newspaper. She received 6,000 comments, of which about 2,000 were, what she described as, “hate communication”. At the time, she said: “There were people calling me every word you can think of – the C-word, the N-word, the B-world. People threatening to kill me.”

Research has found black and minority ethnic female MPs are subjected to far more abuse online than their white peers – with a previous study by Amnesty International discovering black female MPs and journalists were 84% more likely to be mentioned in abusive tweets than white women.

Leicester East MP Claudia Webbe, who has been trolled and received threats of rape, lynching and death, has described this type of abuse as “psychological violence” – a toxic onslaught that could easily fragment and impair mental health.

On a recent BBC Woman’s Hour programme, she courageously said: “While I genuinely fear for my safety, I refuse to be silenced.” Bravo, but it may not be the rallying cry of every female politician.

An equal power survey in 2019, revealed that 59% of women said they’d be unlikely to stand as an MP because of the abuse or harassment they feared they would receive. This has since risen to 74%.

This fear is hard to shake off. A targeted barrage of online sexism is undermining female resilience and ambition and attempting to silence female mouths.

Basingstoke MP Maria Miller – who has received abusive threats via Twitter – told Woman’s Hour that the issue of abuse is the main reason that women don’t want to go into politics and it’s an “integral part” of why they want to stand down.

One way would be to withdraw from social media and close accounts, but we know that they’re a necessary asset/evil; a modern marketing tool and a hugely effective way of increasing visibility and relevance.

Nadia Whittome, who at 24, is the youngest MP in the Commons, has been forced to go to the police over death threats and is regularly subjected to hate mail and racist abuse on social media.

The Nottingham East MP, of Punjabi descent, has taken radical steps to protect herself from such online bullies in a bid to continue in the role she loves. She no longer looks at her own social media comments, choosing to delegate that role to her staff, who spend their time trawling through hate mail and racist abuse.

Undoubtedly, more needs to be done to protect women at all levels. Women and girls need to feel safe in our society. We must all bear some responsibility for fixing this heinous situation – and fixing it soon or we will revert to an unrepresentative House of Commons, where women fear to tread.

If you liked this article, you might also enjoy Beware! Girl Power is the New Superpower.