The Young Women Rooting for Change to Save the Planet 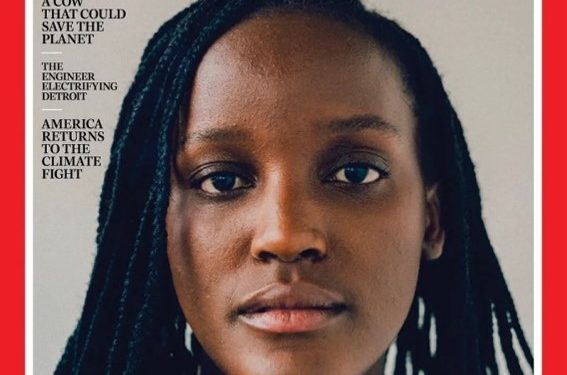 When young climate activist Greta Thunberg dropped the F-bomb outside the COP26 UN Climate Change Conference, it was clear that, once again, she meant business. Her chant of “No more blah blah blah. No more whatever the f*** they are doing inside there,” gave her mission the oxygen of publicity she coveted. But she wasn’t the only young woman rallying the world and its leaders to take action.

As international delegates were arriving in Glasgow, a petition was launched, asking the world to wake up and smell the methane, urging global leaders to “face up to climate emergency”. It’s since gone viral, with nearly two million signatures.

We’ve heard a lot about 18-year-old Greta, who’s now one of the most influential and renowned climate saviours on the planet. We’ve witnessed her rise from teen activist to global climate leader. But what about the other young women, who are taking a stand over what they perceive to be the wanton indifference to the global warming crisis by world leaders?

Vanessa Nakate, 24, was in Scotland after releasing her book, A Bigger Picture: My fight to bring a new African voice to the climate crisis.

In an interview with The Independent newspaper, she said: “If leaders are going to talk about going net zero, then they have to start now. They must put an end to investment in new fossil fuel projects.

“Something that I always say is that we can’t eat coal, we can’t drink oil and we cannot breathe so-called natural gas.”

Miss Nakate’s book highlights how people living in Africa and other parts of the global south are already having to live with serious climate impacts.

“The climate crisis is more than statistics, it’s about people,” she said.

Polish activist Dominika Lasota chided world leaders attending the UN summit, who agreed to a “coal phase-out pledge” at COP 26, saying it was “a complete joke”. She attacked her own government in Poland, saying that although it had signed the pledge, it had found a loophole to circumvent it.

“It shows they are just going to keep business as usual and they will just keep destroying ecosystems and communities and producing the climate crisis that we are facing right now,” she blasted.

Miss Lasota, 19, who is a member of the Fridays For Future (FFF) movement founded by Greta Thunberg, said she first got involved in climate activism at the start of the pandemic.

Commenting on the COP26 proceedings, she told PA News “We’ve been hearing so many empty promises, empty speeches that sound nice.

“I think the most distressing thing to see is Boris Johnson and Joe Biden not coming forward with adequate action. They are betraying us.”

Mitzi Tan, 24, is a full-time climate justice activist based in Metro Manila, Philippines. She is the convener and international spokesperson of Youth Advocates for Climate Action Philippines (YACAP), the FFF organisation of the Philippines.

She is also an organiser with FFF International and FFF MAPA (Most Affected Peoples and Areas) making sure that voices from the Global South, especially, are heard. She decided to fully commit her life to activism in 2017, after integrating with the Lumad indigenous leaders of her country, who made her realise that collective action and system change is needed.

She is committed to fighting alongside the most marginalised towards a system that prioritises people and planet, not profit.

Speaking from Glasgow, she told news organisation Democracy Now, “Again we’re seeing that even if there are some young people here, we’re still not being listened to because if we were… then we would be seeing action, bug again we’re just hearing empty words and empty promises and that’s why MAPA is here to make sure the voices of the most affected people and areas are amplified and centred, because that’s how we impress upon people that the climate crisis is already here. It’s not a problem of the future, it’s a problem of today.”

We should be grateful to these young women – all under the age of 25 – for being bold, for refusing to be passive and for taking a stand to ensure young people’s voices are heard in this great debate. Far from being a foul-mouthed teenager, Greta is an angry young woman with an agenda that she wants to trumpet for the survival of humanity. As COP26 has shown, she has strong allies who fear that time is running out to save the planet. Future generations need our commitment now.