Valuing Difference Begins at the Top 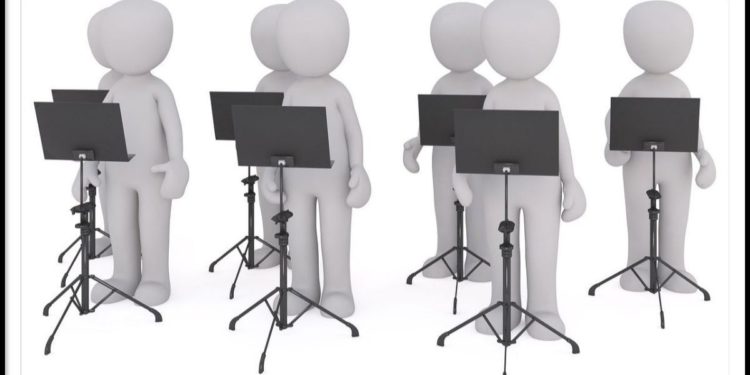 In the Autumn of 1997, I left Marks & Spencer after five happy years on their management development programme.  On the day I said goodbye to my colleagues, the M&S share price stood at 635p.  Just two years later, their stock had plummeted to 228p.  Of course, I like to think that my departure – as a virtually irreplaceable Assistant Personnel Manager in their Shoreham store – led to shockwaves in the market which resulted in the rapidly declining value of the stock.  25 years later I must now admit to myself that, alas, this is not true.

The reality, according to researcher Jack Eaton, is that during this turbulent period, M&S succumbed to “groupthink”.  Groupthink is an unconscious psychological phenomenon, popularised by Yale researcher Irving Janis, whereby teams value, and seek consensus, and minimise dissenting voices.

In the late 90s, M&S was led by Sir Richard Greenbury, a headstrong and rather bullish man who fulfilled the role of both CEO and Chairman.  In early 1997 he steered M&S to achieve £1bn profit for the first time, which cemented his reputation, both inside and outside the business, as somebody not to be trifled with. His successes in the UK led to an attempt at global expansion which backfired spectacularly and halved the value of the company within two short years.

Eaton’s research suggests that during this time, M&S was displaying classic symptoms of groupthink. A powerful leader, buoyed by success, surrounded by people who were frightened of getting on his wrong side.  The M&S Board’s fundamental flaw was its unwillingness or inability to value difference over consensus.

The case for leaders “valuing difference” is much more clearly understood today than it was when I was still a fresh-faced graduate: it’s central to a diverse and inclusive culture. But in practice, how can organisations ensure that leaders value difference in a way that goes beyond window-dressing for their annual report?

Here are four steps that can help organisations ensure they bring fresh and different perspectives to their Board teams.

1.    Get ahead, get a NED
The ACCA report “A Step Towards Better Governance” states that the selection of Directors from a broad background can lead to more effective decision-making and better use of resources.  One of the simplest ways to bring fresh perspective to your Board is to think carefully about the true ‘difference’ that each of your Non-Exec Directors brings to the table, beyond technical or professional experience. Don’t just rely on tried-and-tested ways of identifying your NEDS, i.e. through established networks.  Actively seek out people who bring a diversity of thought, or ideas that reflect their social mobility, financial diversity, and so on.

2.    Who’s setting the tone?
M&S’s story demonstrates that the most senior leader is pivotal in establishing a culture that values difference – or not.  How often do they actively seek out fresh thinking, and frank and challenging conversations? How skilled are they at positively encouraging and eliciting responses from quieter colleagues?  How much gatekeeping (of new and diverse – possibly countercultural – thinking) goes on across the organisation?  Or is there a culture of shutting this down, in subtle and not-so-subtle ways? These questions can be difficult to answer from within, so it can be good to engage an independent observer to deliver real feedback on this.

3.    Listening In
Reverse mentoring schemes bring numerous benefits to an organisation.  As well as the sharing of new ideas and viewpoints from around a business, which in turn can shape culture and strategic direction, companies report benefits such as improved retention amongst the junior mentees.  For this to be successful, it’s important that leaders develop a growth mindset – i.e. they see challenges to established ways of working as an opportunity to develop organisational capability – rather than a fixed mindset, where they see such challenges as a threat to their power base.

4.    Can I trust you?
Leadership teams that operate in a vacuum of trust tend to be poor at valuing difference. If infighting and individual survival trumps collaboration and collective success, leaders are less inclined to express or be open to views that are radically different to the status quo. They are also less likely to constructively challenge the assumptions they collectively hold.  Organisations that invest in creating a sense of trust amongst their senior leaders are simultaneously creating conditions in which difference can thrive and be truly valued.