We All Stand To Learn From Mentoring 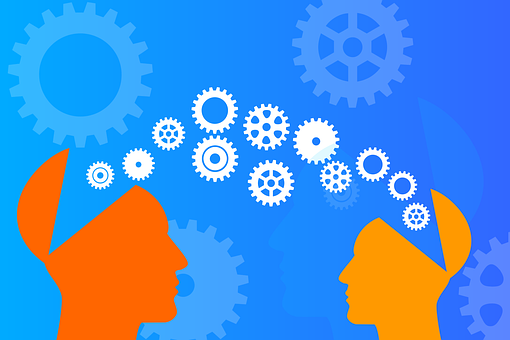 There’s an old African proverb that says, “It takes a village to raise a child”. How does this translate in the modern diverse workplace as a snappy one-liner? I’m working on it, with a bit of help from the world of mentoring and the role it plays in shaping our professional identities.

We are all products of the people who’ve walked in and out of our lives and their thoughts and opinions, unconsciously or otherwise, will shape our characters and destinies. Successful “personalities” are often asked to identify an inspirational teacher who raised their aspirations and set them on the path to success or a sporting hero whose values piqued their desire to “go for it”.

Our world is changing, we hear the word “influencer” being used on social media to describe people who have access to a large audience and can persuade others by virtue of their authenticity and reach.

What a fantastic tool to have at your fingertips. It may be that millennials and Generation Zs are already tapping in to social media influencers for inspiration and career “guidance” and it is something we may all need to master in the future, whichever generation we belong to.

But setting aside virtual reality for a moment, I believe there is still a place for good old-fashioned face-to-face contact via mentoring, as one generation shares its life experiences with others to nurture and guide their career in what can become a mutually rewarding encounter.

Mentoring is essential for greater diversity and inclusion in the workplace. Encouraging young women to reach for the top and fulfil their goals should be at the heart of company policy. Mentors – both male and female – all have a part to play in challenging dated gender stereotypes to enable women to compete with men on an equal footing and ultimately shift the balance of power across the board.

The word mentor means “an experienced and trusted adviser”. Good mentoring involves creating a private, trusted space where individuals can share the important things that matter to them – whether they are personal, professional, or a combination of both – and draw on the mentor’s experience to help them make decisions.

In her role as Civil Service Diversity and Inclusion Champion, Melanie Dawes, said: “I have drawn on the support of mentors throughout my career, particularly at times when I have been considering a career move, or trying to work out how to balance work and family life. It isn’t something that stops as you get more senior – I still draw on support from mentors – some I have known for years, some more recently. Looking back, I wish I had been braver in asking for mentoring support when I was younger. I wrongly thought I was imposing on people’s time. Most people I know who act as mentors say it’s a pleasure to be asked.”

While it may be perceived wisdom that we need more women mentors to encourage greater career progression for female employees, it is well-documented that if we want more women leaders, we need men in powerful positions to support their ascension. We should also embrace the dividends of female leaders mentoring men, to break down stereotypes and engineer more gender-balanced leadership teams.

Writing in the Harvard Business Review, Wendy Murphy, professor of management at Babson College, Massachusetts, says that those men who publicly promote and sponsor women are seen as champions for diversity; win, win – that’s a great reputation to hold and one that could influence progressive 21st century office politics.

So, going back to my starting premise – here’s my take on a (sort-of) snappy one-liner… “It is not enough to nourish one’s own ambition, we should seek to nourish others with wisdom, insight and integrity”.

Conceivably a valid mission statement for the new decade.