We Need To Talk About Language 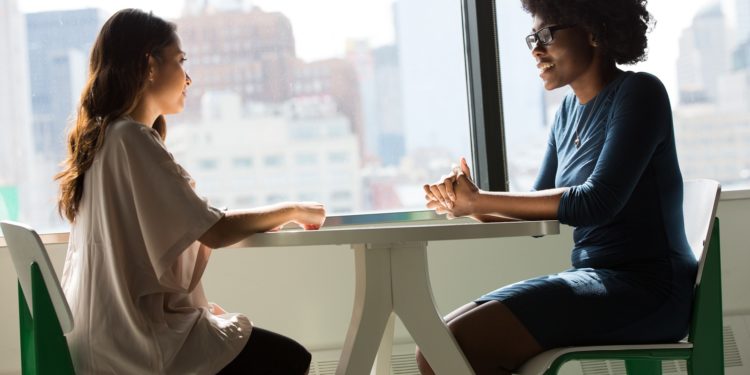 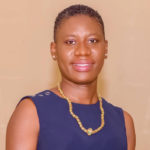 We already have laws to protect us against bias related to gender, race, disability, ethnicity and so on, but what about language? Have you ever thought how language bias impacts our judgements and decisions? Inclusive language is something we should all be talking about if we want to place the accent on greater equality.

Bias is the brain’s way of simplifying information, meaning that everyone has bias, either positive or negative. Although bias is not inherently bad, it can easily lead to discrimination against marginalised groups in the workplace and affects how we interact with other people. The Equality Act (2010), provides legal protection against nine projected characteristics: race, age, gender, sexuality, ethnicity, sex, pregnancy and maternity, disability and religion or belief.

However, there is no explicit mention of language, even though many people face obstacles in their careers based on aspects of their language, such as their accents.

What is language discrimination?

Language discrimination is discrimination against people based on their linguistic identity or language use. Examples include accent bias, interactional bias, and exclusive language. Research suggests that all people, and therefore also recruiters, have specific social associations with certain accents and voices. This can influence judgements of competence. According to the Accent Bias Britain project, language bias can impede career progression at three stages: pre-interview, interview, and post interview.

Studies undertaken in the United States (Bertrand & Mullainatha, 2004) and the United Kingdom (Wood et al., 2009) show that language-related bias can even be exercised before a person has had the chance to speak: CVs with names commonly associated with ethnic minority groups receive significantly fewer replies from potential employers than identical CVs with typically white names.

In an interview situation, unconscious or conscious language discrimination can arise in numerous forms, including accent bias, bias via conversation structure and response, and the use of inclusive language.

What is accent bias?

Accent bias refers to the snap judgements and social stereotypical assumptions we make about people when they speak. Numerous studies have shown that a ‘posh’ or standard (Received Pronunciation) accent is likely to be judged as more intelligent than a working class or global majority (ethnic minority) accent in the UK, even though a person’s accent derives from their social background, not their intelligence.

Bias via conversation structure and response

Another type of language-related bias evident in both interview and workplace interactions is bias via conversation structure and response type. This results in bias against ‘different’ communication styles, evidenced by negative interviewer responses such as lack of nodding, change of topic, interruption etc.

This bias is also displayed in non-verbal cues and inconsistent feedback during interviews such as eye gaze, smiling, backchanneling, facilitative overlap vs. awkward interruption, and casual remarks and cultural references. In the workplace, employees who have different ways of speaking are often ignored when they speak up.

The effects of language bias extend beyond the interview stage. According to a report by the Social Mobility Commission (Ashley et al., 2015), even in cases where these effects are overcome (or absent) in interviews, they may persist in the workplace. Accent bias and interactional bias and can result in:

Inclusive language is defined as “language that avoids the use of certain expressions or words that might be considered to exclude particular groups of people”. This covers language used in emails, social media marketing, job ads, websites, and all forms of communication. Language is fluid, and connotations and meanings of words change quickly. It is therefore important to prioritise the application of inclusive language principles and practices rather than learning specific appropriate phrases.

Language is a powerful tool, and a growing body of research highlights how people are affected by labels used towards them. Additionally, inclusive language is believed to be important for business success. It can increase creativity and improve employee performance in the workplace.

Below are some best practices and guidelines for communication:

The fluid and dynamic nature of language has resulted in varying reference terms associated with race and ethnicity and this makes it often challenging and confusing to use inclusive language. As Hult and Huckin state: “The best rule of thumb is to call people by whatever term they prefer, just as you should pronounce their personal name however they want it pronounced.”

Beyond individual preference, there are some important general points to remember in terms of race and ethnicity in language. It is always good to avoid the use of race or ethnic slurs or outdated terms. It also best to avoid the use of minority and use international or global majority. Also use names of a country instead of a continent (e.g. Ghana rather than Africa), because being more specific helps to avoid stereotypical bias.

Many of the above recommendations help with careful language around gender and sexuality as well. In the trans community, for example, people use different terms to describe themselves (e.g. trans, trans woman, or transwoman) which have different connotations. Similarly, some people indicate their preferred pronouns, and these should be noted and used. It can be complex and confusing, but awareness and open discussion is important. Inclusive terms such as ‘assigned sex’, ‘everyone’, ‘colleagues’, ‘they’, ‘them’, ‘workforce’, ‘folks’, ‘team’ are preferable to biological sex, generic pronouns, opposite sex, ‘guys’, ‘lads’, ‘gents’, ‘ladies’.

Therefore, it is more appropriate to use terms such as ‘people with disabilities’ or ‘people diagnosed with schizophrenia’, rather than using essentialising labels such as ‘the disabled’, or ‘schizophrenics’. However; ‘autistic people’ is sometimes preferred in the community over ‘person with autism’. Once again, an open approach to respectfully enquiring about preferred terms can be useful. Other problematic terms are ‘wheelchair bound’, ‘suffering from’ and ‘special needs’.

It is common practice to use ‘church’ to refer to any place of worship. Use ‘place of worship’ or ‘house of prayer’ if unsure. Here too, it is important to pay attention to labelling/terminology or categorisation. This is because the association of labels with particular meanings can be exclusionary or misclassify people, e.g. assuming Indians are associated with Hinduism.

The Accent Bias Britain project conducted research into whether training interventions have any effect on reducing differential rating of people based on accent alone. They found that, due to the low levels of awareness of accent as a form of bias, simple awareness-raising significantly reduced recruiters’ reliance on accent for information about competence. They recommend showing recruiters the following brief text before interviewing:

It is important to be mindful of the following: context, the person you are talking with and the setting. Also, don’t be afraid to ask.

“Inclusive language is more than replacing specific words with more acceptable terms: it’s about changing long-held attitudes and habits we don’t think twice about, but that the youngest of children, who are just learning to speak and read, hear over and over”.