What is Confirmation Bias? 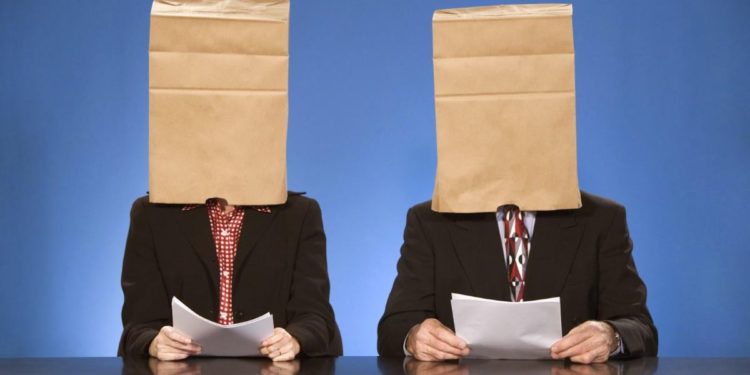 A couple of weeks ago, we looked at how to bring difference to life with stories.  Today I’d like us to confront the biggest thing that gets in our way of appreciating the diversity of thought of another.

Bias – mostly unconscious – is the biggest obstacle to Diversity and Inclusion efforts.  How we judge people – what we assume about others, what we expect from them – clouds every interaction, from listening to someone’s sales pitch to forgiving their mistake to wanting to work with them.  So it won’t be surprising to hear that it is also our bias – more specifically, our Confirmation Bias – that gets in our way of truly appreciating other input.

What is confirmation bias?
Confirmation bias is our tendency to interpret new evidence as confirmation of our existing beliefs or theories.  This means that when we look at information we embrace evidence that confirms our belief or view, and ignore or reject evidence that casts doubt on it.   In other words, we are prone to believe what we want to believe.   This makes it difficult to appreciate a point of view that is different from our own.

Examples of confirmation bias
Let me explain with a few examples:

When researching, we are more likely to look for evidence that backs up our opinion by only going to sources that hold similar views.  Once we believe something, evidence to the contrary is very difficult to accept.  We become selective with the information we include in our conclusions and tend to avoid anything that might challenge them.  Consider, for instance, Andrew Wakefield’s 1998 study that linked the MMR vaccine to autism. It was retracted from the British Medical Journal in 2010 after evidence that Wakefield manipulated and ignored much of his data. Wakefield’s mind  was so set on linking the vaccine to regressive autism that he ignored all evidence to the contrary.

Another common example is how we interpret things we see based on our confirmation bias.  Take, for instance, a man who thinks dogs are inherently dangerous.  When describing to the police his eyewitness account of an altercation with a dog, he recounts it as a vicious dog that attacked an innocent child.  A different person who loves dogs might have described the same situation as the dog defending itself against a menacing child. Neither eyewitness account is reliable due to confirmation bias.

Finally, have you ever called or texted someone, only to receive no reply? Most people would assume the recipient is busy, but people with low self-esteem are often held hostage by their confirmation bias and decide that the person must dislike them. They already thought this beforehand, and the lack of response simply “confirms” this preconceived idea.  Confirmation bias can also damage romantic relationships if one person believes that their partner is cheating on them. Any interaction, positive or negative, is now “proof” that their cheating theory is correct.

How can confirmation bias manifest itself at work?
In the workplace, confirmation bias can be the reason team members don’t share the full range of available information or may only tell a leader what they think that the leader wants to hear. This can lead to poor decision-making, missed opportunities, and negative outcomes.  This will also discourage the creation and sharing of new ideas or concepts.

Confirmation bias can also lead to the formation of a ‘yes’ culture and groupthink, when the team are heavily influenced by the thinking of the most dominant/eloquent/expert person in the room and discount insights from others.

Bias toward or against an applicant may affect the types of questions they receive in the hiring process.  Employers who tend to see women as less confident than their male counterparts, will often overlook them for positions and promotions based on their confirmation bias. Similarly, general dissatisfaction with an employee may lead to a manager viewing their work performance in a more negative light, regardless of the actual input.

Three simple things we can do to overcome confirmation bias
Now that we know how susceptible we are to confirmation bias, it becomes easier for us to address it.  Here are 3 things each of us can do to ensure we don’t get caught up in wanting to confirm our own view and that we properly value the difference in other people’s diversity of thought:

1. Be curious.  Ask questions that come from a place of interest.  What makes them think that way?  How have they reached their conclusion?  What is it based on? Polite curiosity helps others open up and share their individuality.  And if we can suspend our own belief or view by being open to challenge, we are less likely to fall foul of confirmation bias.

2. Assume they are also right.  More often than not, there’s more than one right answer or way to do things.  If we enter a situation with this assumption in mind, we will be more open to others’ opinions and evidence to the contrary.  Once we’ve done that, we’re also going to be able to benefit from different insights and learn.

3. Invite opinions.   Even when we think we’re the expert on a particular topic, if we show interest in others’ views, if we ask them for their open and honest input, we might surprise ourselves.  Furthermore, simply asking for another’s input makes them feel valued and included, which means they’ll be more likely to contribute with their views in the future.

Valuing difference requires a level of curiosity and humility, and understanding that we don’t have all the information to be on the right side of truth, plus an acknowledgement that we can all be blindsided even when we think we’re open minded and curious.  Watching out for when we might be susceptible to confirmation bias will make it easier to appreciate and benefit from the diversity of thought of our colleagues and peers.