Olympic Hurdles That Put Gender Equality in the Slow Lane 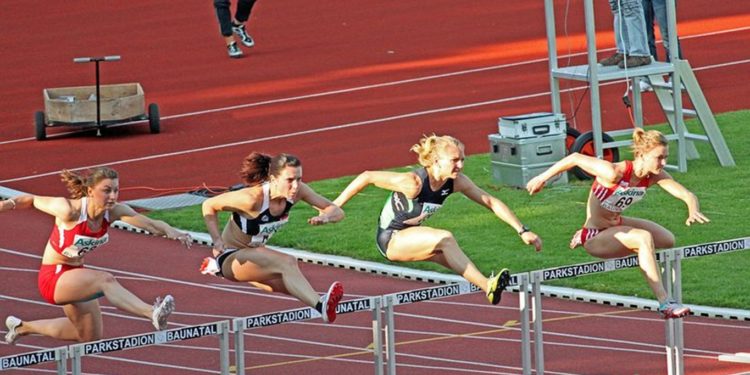 Women are smashing gender stereotypes at the Tokyo games, including one set in 1894 by founder of the International Olympic Committee Pierre de Coubertin, who said that women playing sports was “against the laws of nature” and “the most un-aesthetic sight human eyes could contemplate”. What a difference a century makes; but, in spite of the triumphs, the race is not yet won on equality in sport.

When women made their Olympic debut at the Paris Games in 1900, defying de Coubertin’s submissions, there were only 22 females out of a total of 997 athletes – just 2%. Those pioneers competed across five sports, among them croquet and equestrian.

Breaking new ground, New Zealand’s Laurel Hubbard made history as she became the first openly transgender woman to compete in an Olympic Games, although she missed out on a medal after failing to register a clean lift.

It all sounds so positive, but dig a little deeper and it’s not quite so ground-breaking.

GB’s Beth Shriever, who won gold in the BMX women’s race, was forced to launch a crowdfunding campaign in 2019 to raise £50,000 to secure her place at the Tokyo games, after UK Sport cut its funding for the women’s event. It was decided after the 2016 Olympics that only male BMX riders would be funded for the Tokyo Olympics.

Beth‘s GB team-mate in the men’s event won silver. Both achievements are worthy of celebration, but it feels like the decision makers got it so wrong! However, there were no sour grapes and Beth had nothing bad to say about the inequity, telling BBC Sport, “I want to be a role model, particularly for young girls so they can see what’s achievable in sport.”

To be a true role model, there has to be a clear indication that you’re valued. I hope lessons have been learned and that funding will be made available to the next generation of ambitious women BMX riders.

The German Olympic women’s gymnastics team took the initiative on challenging sexist expectations of what women should wear during the competition, by rejecting the ubiquitous bikini-style unitards in favour of full-body versions in what the German Gymnastics Federation a statement against “sexualisation.”

German gymnast Elisabeth Seitz said that wearing the unitard was a matter of choice and comfort. Isn’t that what any male competitor would do without thinking?

Although not linked to the Olympics, there has been another example of sexism in sport when the Norwegian women’s beach handball team was fined 1,500 Euros after they wore shorts – like their male counterparts – instead of bikini bottoms during the European Beach Handball Championships. They hit the headlines when pop singer Pink offered to pay their fine and Tweeted, “I’m very proud of the Norwegian female beach handball team for protesting sexist rules about their uniform. Good on ya, ladies. I’ll be happy to pay your fines for you. Keep it up.”

The European Handball Federation said it fined the Norway team for its choice of kit, during their recent bronze medal match against Spain in Bulgaria, because the players’ shorts were “not according to the athlete uniform regulations”.

Former tennis champion Billie Jean King weighed in on the dispute, noting the disparity between the sexes in their sportswear.

“The sexualisation of women athletes must stop,” she Tweeted.

The rules clearly need to be re-purposed, allowing for teams and individuals to decide what to wear, placing a higher priority on comfort, not titillation.

The winds of change are blowing down the track, but we cannot underestimate the mental and financial investment that’s required to bring about further change… and get it over the finish line.