Women’s Contribution to the Economy Cannot be Overlooked 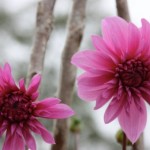 Governments tell us that the economy must not forget to tap into a growing pool of buying power: that of working women.  Last year, the Economist pointed out that

In the next decade nearly 1 billion women are likely to enter the global labour force. But their economic potential is largely unrealised. According to a report by Booz & Company, a consultancy, if female employment rates matched those of men, GDP would increase by 5% in America and 9% in Japan by 2020. The impact would be even larger for developing countries, home to most of the world’s women who lack adequate education and support (social and political). Increasing female employment would increase GDP significantly in countries like India and Egypt, where female labour-participation rates are below 30%. These countries rank low in Booz’s index of women’s economic empowerment.

But in order to realise this economic potential, organisations must gradually embrace a cultural change that will make the working environment an attractive proposition to the pool of female talent. By this I mean the following:

Flexible Working
The number one reason that women cite for not working in the corporate world is the lack of flexibility that corporate culture affords women workers. Let’s not deny the fact that women are and will likely continue to be the primary carers for their families. This means that working women do and will likely continue to have conflicting (at best!) priorities towards both their families and their jobs. If women operate in a world that does not allow them to carefully balance their responsibilities in such a way that each one of their priorities is realised, women will simply give up on the less flexible (and, to them, less important) one: their jobs.
To avoid this, businesses need to rethink their strategies and culture and ask themselves: what is it really that they don’t like about flexible working. Once that’s determined, and after some soul searching, businesses need to decide whether these reasons are a justifiable business cost. Because, let’s not kid ourselves, the loss of opportunity to employ a woman in a flexible arrangement translates to a business cost – in the form of replacement/recruitment costs, costs of training and investment in a new employee and the potential repeated cost if the lost job were to go to another woman.
In my experience, when managers face up to the detrimental aspects of not embracing flexible working, they quickly realise the potential business cost and change their attitude. And when that happens, business start to realise that “flexible working” isn’t a dirty word but a necessity that pays dividends.
Cultural Differences
We have all heard of unconscious bias – the brain’s ability to short-cut judgments based on previous experiences. Unconscious bias is one of the main reasons that the top layers of companies resemble a club or brotherhood the members of which are (in thinking terms) facsimiles of each other. Companies are gradually starting to realise that this kind of leadership isn’t necessarily good for business, as the lack of diversified thought may lead (and has in many cases) to unsound decision making. But how to change this?
One of the best ways to change is to support and empower women to take up some of those positions at the top of organisations. To develop the pipeline, companies need to change their views of women; they need to realise that women communicate differently; that women are not as likely to put themselves forward for promotion as men, despite being equally as capable and qualified; that women’s negotiation style is different; that speaking softly doesn’t mean women aren’t sure of what they’re saying. In other words, companies need to realise that there are “cultural” differences between men and women and not “penalise” them for these differences.
Boost Confidence
On average, women tend to be less confident about their abilities than men. They regularly (statistically-speaking) second-guess themselves and their decisions. This often leads to a fear of saying what they’re thinking, of going for the promotion or a new job, or of asking for what they believe they deserve.
If companies want to realise the most from their female talent, they should consider investing in support for women, such as mentoring programs, coaching and other developmental training that increases confidence and profile. Sponsorship programs have been proven to be very successful in promoting women. Cross-industry mentoring has also proven successful. Teaching women how to network and leverage their networks would also improve the confidence game.

In summary, in order to encourage women to work and participate in the economy , there are a number of measures that organisations should embrace to pave the way for women to take part in the game and, thus, in the economy.