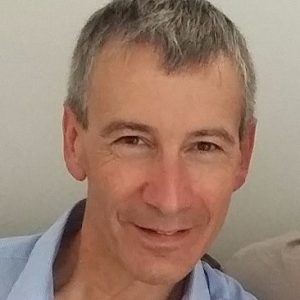 This article has been a long time in gestation – novels have been written quicker. But its development, alongside the evolution of my views, has given me the confidence (yes, men need confidence too) to write for Voice At The Table. It is also the story of why the men who should be publicly leading on gender equality mostly stay silent.

The inescapable conclusion is that men are too scared to engage on a subject that is so often regarded by them as a hot potato. Alternatively, we just don’t get it – we don’t see it as a problem, certainly not in a business or work context. It ends up that women’s issues are for women alone to comment on.

However, what is needed here is less gender politics and more honest conversation.

To the women who I hope are reading this, my message is simple – get the men in the room, onto the social media feeds and get them talking. It’s time to engage the guys in the gender parity debate and stop them from finding reasons to opt out.

So, here is the tale of my journey through diversity politics and how it relates to the wider issue of male engagement.

Fifteen months ago, I stumbled upon an article by Avivah Wittenberg-Cox of  the consultancy 20-first in the Harvard Business Review. Her argument that gender equality is more than a “women’s issue” rang a bell for me and made me think about my position and indeed my role in helping to achieve parity for women on pay and in the boardroom.

Moreover, it convinced me that successful gender balancing requires convincing the majority of your employees that it’s a good idea. And that cultural change needs to be led from the top. Now, the majority of CEOs are male, so it follows that the equality agenda needs to be pushed… by men.

Having absorbed the article, I ran my eye down the list of comments on the LinkedIn posting that had accompanied the article.  Dozens of comments, all from women.  So, plaintively, I added a thought of my own – C’mon on guys, where are you?

As it turned out, my plea didn’t disappear into the ether.  Other men started to appear and contribute views in the discussion thread.  For me, this first tiny venture into the discussion was the start of a process which has culminated in this article.

Now, I may not be typical; I spent the best part of twenty-five years as a finance director in social housing during which time I worked for women CEO’s, and with many female executive colleagues and board members. It is fair to say that the experience of diverse groups generally, and women in particular, has been better than in most industries.  However, it is instructive to listen to the words of Terrie Alafet, Chief Executive of the Chartered Institute of Housing and one of the sector’s most high profile women executives, in 2016:

“We know from our own research that as a sector, housing is actually more diverse than average…But at the top of our organisations, in our boards and senior teams, it’s a different story.”

It requires more from CEO’s than just a commitment to balance their executive teams, as Ms Wittenberg-Cox suggests.  It needs recognition that there is a duality of interest in gender equality.  Men have a stake in the decisions that women make about their roles as partners, parents and providers.  Economies and societies work best where there is openness and accountability for the contributions made by women and men in the workplace.

I like to think, notwithstanding all that the #MeToo movement necessarily represents and has had to undertake during the past year, that we have moved on from the battle of the sexes that characterised 20th century feminism and its machoistic counterpart.  Today’s workplace is less divisive and more co-operative.

But we are not there yet as all the statistics show and there is still a cultural battle, if not all-out war, to be fought and won.  And pivotal to this are the men who continue to occupy most top seats at board tables and in executive teams and who should constantly send out the message that striving for gender equality at the apex of companies, financial institutions, professions and public services is in the interests of all of us.

* David Levenson is an accredited executive coach and career strategy coach.  He founded Coaching Futures in 2016 with the aim of transforming people’s lives, careers and goals.

David is one of the co-creators of Raising Roofs.  He is passionate about the workplace of the future and fascinated by how technology is rapidly changing the way we work.