Guest Blog: Is your Leadership Woken or Broken? 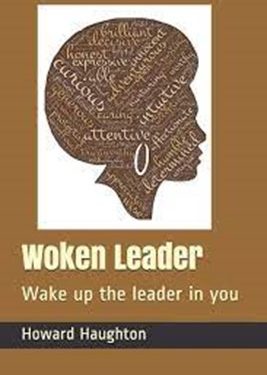 It has been nearly two years since the first outbreak of the Covid-19 virus, whose impact has had significant human/social and economic costs around the world. Not only has the pandemic affected the way we socialise but it has also modified the working practices of many organisations. What might have been frowned upon, in some organisations two years ago, is now taken for granted as it relates to working from home.

The last year and a half also witnessed near-global self-reflection by governments, businesses and civil societies, following the brutal murder of George Floyd. In many instances this reflection arose from demonstrations, constant media attention and the naming and shaming of individuals/organisations with legacy connections to the slave trade and those perceived as perpetuating systemic/institutional racism.

The confluence of the above events created a perfect storm for a call to action on other social issues including climate change and sexual abuse. This led to several organisations announcing plans for the introduction of targets for and initiatives to promote diversity among their ranks. Although well- intentioned, the introduction of equality, diversity, and inclusion (EDI) strategies are likely to fail in most organisations without a corresponding change in organisational culture driven by a new kind of leadership that facilitates inclusion.

Reports from organisations such as Business in the Community (BITC) highlight the growing awareness of the importance of wellbeing leadership whereby the mental as well as physical welfare of employees are prioritised by leaders. Surveys from UNISON and others also reveal continued discrimination against Black, LGBT+ and disabled persons.

What kind of leadership is required?

Leadership as usual – with EDI strategies as an add-on alone – will not work, as employees increasingly value authentic leaders who are sympathetic to social issues, encourage reflective thinking and empower their staff. These characteristics are not typically associated with traditional styles of leadership. Empowered by the protection of the Equality Act 2010, employees are expressing their legal rights to manifest their identity. Those organisations with transformational leaders will understand that this creates an opportunity to make their organisation more representative of wider society with benefits such as improved creativity, innovation, and sustainability.

The type of leadership that can more easily facilitate the changing nature of the workforce is one based on the principles of being woke.

What is woken leadership?

Woken leadership is a term that I use to describe the application of the principles of being woke to organisational leadership. Since being woke involves being aware of racial and other social issues a woken leader actively encourages employees to bring their true selves to work by creating a welcoming and inclusive environment within which staff are empowered and supported to grow and contribute to organisational excellence.

In my book: Woken Leader: Wake up the Leader in You, I describe the four cornerstones of woken            leadership comprising:

Application of woken leadership in organisations

Since publishing my book on woken leadership, I have conducted dozens of training courses on the subject matter of inclusive leadership for a range of different types of organisations, including large global and domestic private sector companies, public sector entities and civic organisations. What many have in common is good intentions and policies but with less attention paid to fundamental organisational change through inclusive leadership.

There are some organisations that get the message. They understand that the introduction of inclusive leadership is not a project but a way of behaving that should be pervasive through the organisation in which all persons are to be held accountable for upholding high standards of diversity and inclusion. They understand that these behaviours must form part of the cultural identity of an organisation i.e., be embedded in its DNA. For these institutions, I see a bright future one which is woken and not broken.

Howard Haughton runs a boutique financial risk management consultancy in the UK and, for a number of years, has been a visiting senior research fellow at King’s College London specialising in computational finance and the application of mathematics to leadership.  His work, in the field of sustainable development, has enhanced awareness as to how sovereign contingent liabilities and financing for development can be better achieved.  He has provided policy advice to sovereign states around the world covering subjects such as sovereign wealth funds, infrastructure development, debt and capital management and project financing.  He has built an international reputation in the fields of mathematics, computer science and has held senior positions in large financial institutions.

Howard’s research extends to that of leadership, corporate governance and diversity and inclusion.  In this respect he has developed a framework for achieving inclusive leadership, maintaining wellbeing, and empowering staff, as detailed in his book Woken Leader.

Howard has published widely across a number of subject areas and holds a PhD in mathematical computer science from Wolverhampton University and Masters qualifications from the universities of York and Oxford.

If you like this post, you may also enjoy reading My Journey from Africa to Canada and the Lessons I learned in the Process