Learning How to Make Fear Your “Friend” 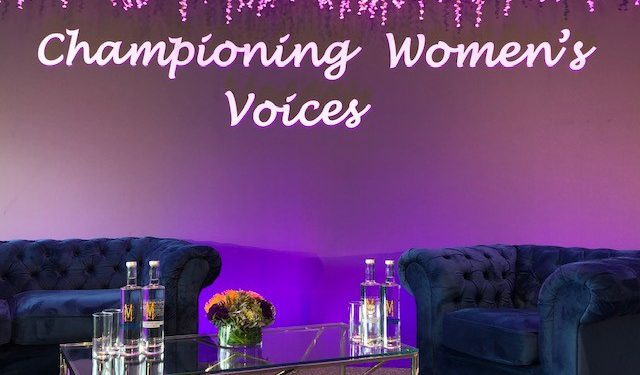 Earlier this month, Lord’s Cricket ground – the hallowed home of a very British (and traditionally male-dominated) sport – went all out to bat for women. I was bowled over by the number of exceptionally talented maidens in attendance and their perfect delivery of support for each other.

“Championing Women’s Voices” was a networking event, organised by NatWest Bank, for entrepreneurial women and what struck me was the infectious level of energy in the room, dynamic enough to power-up the Blackpool illuminations.

However, one statistic that dimmed the contagious glow, was that three times as many men as women are starting new businesses. No explanation was available, but it was suggested that it might be underpinned by fear of failure.

The first panel discussion was about “overcoming fear”. One motivating speaker, Not-on-the-High-Street founder Holly Tucker, said she had learned to embrace fear and that it had become her “best friend”.

She admitted that when setting up NOTHS, she was “beyond scared”.

“Fear is the number one thing I have clung onto to make me succeed,” she declared.

“Every single business entrepreneur will say it’s failure that drives you.”

Another influential speaker, award-winning journalist Poorna Bell, said that we often fall into the trap of blaming ourselves for failure when it is often external factors.

“I have learned that if things haven’t worked, it’s not because the idea was bad, but because ‘the world wasn’t ready’,” she declared.

The third inspirational panellist was the England cricketer Kate Cross, who bravely admitted that fear of failure had been a huge challenge to her mental health. She battled anxiety and depression and effectively had a breakdown.

It’s a salutary tale on the eve of World Mental Health Day.

Sharing her experience, she said: “I ran away from my problems and flew to Barbados for 12 days. I couldn’t be with the girls and the team, I had to face my fears.”

It was a dark time, but with the right help and support she recovered and has not only returned to the game, but come back stronger and more self-aware.

“Every setback helps you learn and you constantly evolve,” she explained.

She has created her own coping mechanism – a “24-hour rule”- to take control of her demons before they take control of her. If something is worrying her, she decisively chooses to “forget about it” for 24 hours to “get herself back on track”.

You can read more about her very personal journey here.

Poorna had an epiphany following her husband ‘s premature death that, despite considering herself a strong, independent woman, she had over-relied on men.

So, she took up weight-training and discovered an unexpected bonus in that, not only did it strengthen her body, but also her mind.

She joined a powerlifting team, who supported and encouraged her.

“This was the most life-changing thing I have ever done,” she admitted.

She said, “It humbled me. I had always been fiercely independent and thought it was shameful to ask for help.

“But this made me realise it’s not shameful to ask for help. If I had failed in a lift, they were there to lift me out of the spiral that can happen.”

Her mantra now is to fit self-care into her daily routine.

She said, “I set a timer for 10 minutes each day where I breathe or go out for a walk. Making time for yourself is really important.”

You can read more about her story here.

It’s commendable that these successful women, who have learned to overcome their fears and anxieties, were willing to expose their highs and lows.

Aside from networking, every woman in attendance took something priceless away with them… that the inner strength that comes from facing internal fears can empower you to stay focused on your aspirations and pursue your business dream.