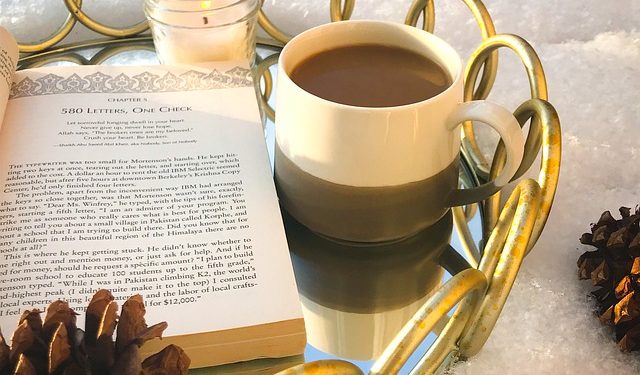 As it’s the festive period, we’ve given Active Voice a seasonal tweak to bring you 12 novels, all written by women.  You’ll want to put them on your Christmas list or just purchase for yourself to indulge in a little “me time” with a good book over the holidays. We hope you find something here to pique your interest.

1. The Doll Factory by Elizabeth Macneal: The novel follows Iris Whittle as she breaks free of the staid gender expectations of the 19th century to follow her heart and pursue a new life full of art and love. But after a chance meeting, collector Silas develops a dark obsession with Iris which could threaten her new found freedom forever. Battling gender stereotypes and male entitlement, Iris is undoubtedly a Victorian heroine for the 21st century.

2. The Vagina Monologues by Eve Ensler: While it may not be a traditional book, Ensler’s episodic play has become a major feminist touchpoint in the more than twenty years since it was first performed. With sections dedicated to sexual consent, body image, sex work, reproduction, and more, Ensler’s work was designed to give a voice to women of many races, identities, and experiences.

3. Little Women by Louisa May Alcott: Though feminism may not have been on her mind when she wrote the story of the intrepid March sisters in the 1860s, Alcott has influenced numerous generations of bold, loving and unconventional women. Following Meg, Jo, Beth and Amy as they grow, find love, pursue their art and endure loss, Little Women shows the many ways to be a woman, and earned a place in the hearts of feminists of all stripes.

4. The Golden Notebook by Doris Lessing: Written in 1962, this experimental, Nobel Prize-winning novel brings taboo issues of the time, including women’s sexuality, bodily functions and mental illness, to the fore. The novel sees Anna, a writer, attempt to collate the notebooks in which she has recorded her life’s experience into a cohesive whole, in a final, golden, notebook, while she struggles with her mental health.

5. The Mercies by Kiran Milwood Hargrave: The novel is set in a 17th century Norwegian fishing village, which is devastated by a storm that swallows husbands, brothers and fathers. With the menfolk wiped out, the women must fend for themselves, but are threatened by both natural forces and the men who have been sent to rid the community of alleged witchcraft.

6. The Bell Jar by Sylvia Plath: The semi-autobiographical story of one woman’s descent into mental illness in the 1950s, The Bell Jar has become a quintessential coming-of-age story for young feminists. Moody and sometimes terse, the prose beautifully encapsulates a moment in the female experience—the desire, disillusionment and fear of being young, confused and stifled by the role that society has prescribed.

7. The Handmaid’s Tale by Margaret Atwood: No list of the best feminist books would be complete without a mention of Margaret Atwood’s masterful dystopian text, set in a future America where women are reduced to their reproductive usefulness. The novel now seems scarily prescient in today’s political climate, was followed with a sequel, The Testaments, in September 2019.

8. The Awakening by Kate Chopin: Seen as scandalous when it was first published in 1899, The Awakening is now considered one of the earliest and boldest examples of feminist fiction. When Edna meets the charming Robert Lebrun while holidaying with her husband and two young children, a flirtation turns into an affair which opens her eyes to a life outside her passionless marriage and the stifling restrictions of 19th century society.

9. A Thousand Ships by Natalie Haynes: While the names Odysseus, Achilles and Agamemnon are synonymous with epic tales of battle and bravery, the women of Homer’s epics have largely been sidelined, if not entirely forgotten. From Helen to Penelope, Natalie Haynes gives a voice to the women, girls and goddesses who have been silenced for so long in this retelling of the story of the Trojan War from an all-female perspective.

10. The Yellow Wallpaper & Herland by Charlotte Perkins Gilman: Charlotte Perkins Gilman’s progressive views on feminism and mental health are powerfully showcased in her two most famous stories. Confined to her attic bedroom and isolated from her new-born baby, the nameless narrator of The Yellow Wallpaper keeps a secret diary in which she records the sprawling and shifting patterns of the room’s lurid yellow wallpaper as she slowly sinks into madness. In Herland, a trio of men set out to discover an all-female community rumoured to be hidden deep in the jungle. What they find surprises them all; they’re captured by women who, for two thousand years, have lived in a peaceful and prosperous utopia without men.

11. Breasts and Eggs by Mieko Kawakami: This literary debut, is a must-read for fans of feminist literary fiction. Mieko Kawakami paints a radical picture of contemporary working-class womanhood in Japan as she recounts the heart-breaking stories of three women who must survive in a society where the odds are stacked against them.

12. The Bluest Eye by Toni Morrison: the debut novel by Pulitzer Prize-winning author Toni Morrison. In the novel, Toni explores the problematic and racist beauty ideals of western society, as well as addressing issues of race, poverty and abuse. Percola, made to feel ugly because of her dark skin, wishes desperately for the blue eyes of her dolls, as her family falls apart around her.

If you enjoyed our festive Active Voice, you might also enjoy reading Active Voice:  Six Secrets to Happiness