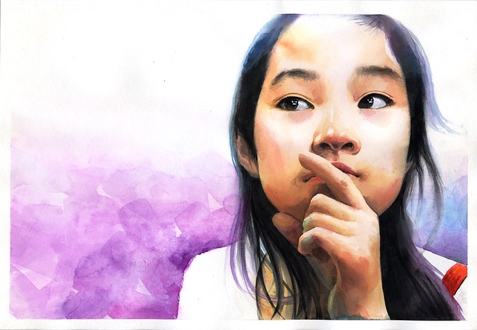 “No matter where in the world you are born, your life will be harder if you are born a girl”, according to Melinda Gates. In the month that we celebrate International Women’s Day, I thought it timely to consider the magnitude of this lamentable predicament.

It’s 20 years since Microsoft co-founder Bill Gates and his wife Melinda set up their charitable foundation. It was born out of the belief that every life has equal value and works to help all people lead healthy, productive lives. In developing countries, it has focused on improving people’s wellbeing and giving them the chance to escape from hunger and extreme poverty.

Melinda, who ran the organisation by herself for the first six years, has raised awareness of “time poverty” – the idea that hours of unpaid work like household chores rob women of their potential – and is a significant reason why girls in many countries fall behind in their education.

What she and Bill didn’t fully appreciate, in the foundation’s embryonic years, was that to make progress on global health—and everything else they cared about—they needed to focus on addressing gender inequality.

On her global travels, Melinda became aware that women in poorer countries were disadvantaged from a young age; with girls spending less time in school than boys and marrying early (by the age of 18) “trapping them on the wrong side of a power imbalance within their own home”.

Even in developed countries, she found evidence that “men are 70% more likely to be executives than women of the same age. These numbers are even worse for women of colour, who are doubly marginalised by the combined forces of sexism and racism”.

She describes the progress on gender equality as “glacial”. It’s a chilling reminder that her work and that of activists and feminist movements in every country needs greater recognition and support.

Why does gender inequality still exist? In Melinda’s words, “The world has refused to make gender equality a priority. Global leaders simply have not yet made the political and financial commitments necessary to drive real change.”

According to the World Economic Forum (WEF), nowhere on earth do women have the same opportunities as men. Its latest Gender Gap Report (2015) suggests it could take as many as 81 years to close the worldwide gender gap.

However, clinging to a small glimmer of hope, the report suggests that four out of the five Scandinavian countries and Ireland have closed more than 80% of it.

Surprisingly, the UK ranks 18th in the WEF analysis, below countries like Rwanda, the Philippines and Namibia. Unsurprisingly, Pakistan, Syria and Yemen are the worst places to be born female, based on markers including educational attainment, health and survival and political empowerment.

Click here and here for more information on Beijing+25