Guest Blog: Why Digital Marketing Is Stuck In The Dark Ages. 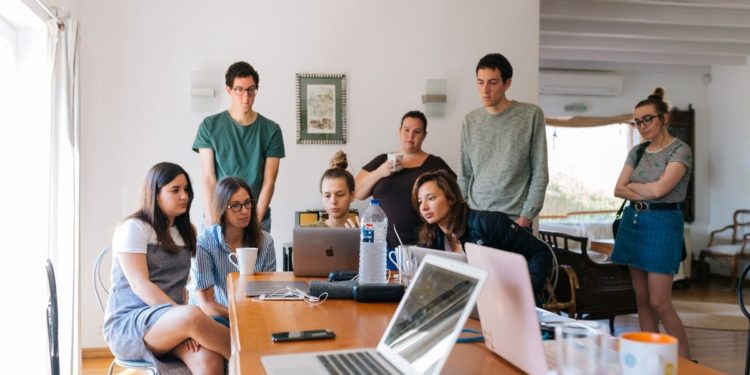 Gender imbalance in the workplace can be harmful for both men and women. The core issue is that even in 2020, women are either not getting the jobs they deserve, or, when they do, they are harassed by co-workers or expected to prove their worth continuously.

A past Voice At The Table piece confirmed that men can also feel like they fall into harmful gender roles in the workplace – when they want to take time off to be with their loved ones – or being thought of as the “breadwinners” of their families. Overall, these archaic roles and stereotypes affecting men and women are being perpetuated by the fact that many industries are still lacking gender diversity.

Recruitment is another area where women tend to be disadvantaged compared to their male counterparts. Many industries continue to hire far fewer women than men, even when candidates of each gender share the same qualifications (and sometimes even when the women are more qualified). One such industry is digital marketing, where, according to India Today, nearly three-quarters of jobs go to men in some countries.

One possible explanation for this is that marketing is related to the generally aggressive field of sales and women are more hesitant to take risks for fear of coming off as “pushy” or controlling, as many powerful women are so often (and so wrongly) accused of being. Similarly, digital marketing in particular is also closely related to certain parts of the tech industry, which has been disproportionately dominated by a male workforce since its inception.

Digital marketing probably isn’t something that most people outside the industry consciously think of because it’s become so thoroughly integrated into our world that it mostly goes unnoticed. But that doesn’t mean that it isn’t a very busy, active, and prevalent business. As suggested by Ayima Kickstart, gaining digital marketing traction is one of the most important ways to grow a business today, particularly when it comes to new start-ups looking to gain customer bases. It’s an intricate process designed to solve some of the biggest hurdles start-ups face, and which, depending on a specific company’s needs, may involve everything from content creation, to data analysis, to social media campaigns. All of this work, across so many modern businesses, gives you some idea of just how many jobs there are in this field today.

It is highly unfortunate that women are being left out of this booming and still expanding industry, and unfortunately inequality is likely to persist in the near future. As mentioned previously, there are already plenty of other tech-related industries that seem to be plagued by a perpetual and dramatic gender gap. But that doesn’t mean it has to stay this way, or that digital marketing businesses have to follow the same path. As with any social issue, the first step in making a change is awareness. The more people there are who can open their eyes to these issues, the less common they’ll become. So, if you happen to work in the field of digital marketing, keep this gap in mind – and if not – share this information with anyone who is!