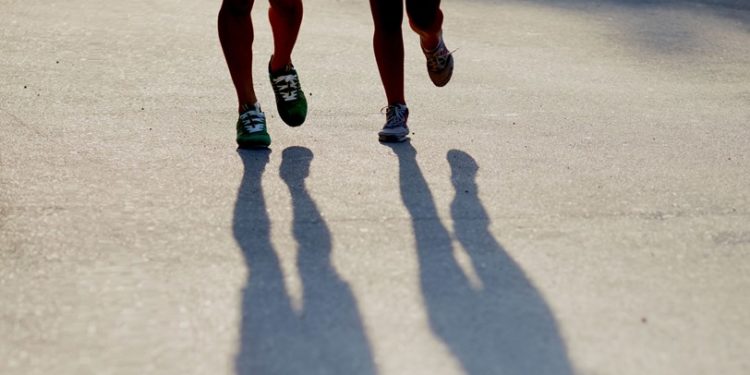 What better way to spend a sunny Saturday in June than trek the streets of London to raise funds for a worthwhile cause? Team Voice At The Table donned their walking boots and tapped into their energy reserves to meet the Alzheimer’s Society challenge to walk 13 miles in support of the fight against dementia.

When Rina caught me at a weak moment about six months ago and sweet-talked me (I should mention that she’s good at this) into accompanying her on a half-marathon schlep around the scenic centre of London, I hastily agreed and then buried it away in the cerebral filing cabinet marked “non-urgent”.

Then I started receiving email reminders from the charity to “launch” myself to potential sponsors via social media and direct mail. I realised I needed to get my act together.

I also discovered that Rina and I were not alone. She had managed to “persuade” an ensemble of walking buddies to join us: namely Inge Woudstra, co-founder of The Big Fish D&I Academy; Rebecca Dalton – my VATT editorial predecessor – and Andrea Atkins, a friend and supporter of VATT. We were Team Voice At The Table – allied to the cause and determined to motivate and encourage each other to get off the fundraising starting blocks and mine the willpower to walk the walk. 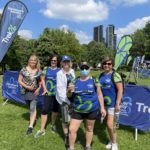 It was well worth the effort. We had a ball. The weather was perfect and we chatted our way round the half-marathon route, largely ignoring the creaks and throbs of our waveringly compliant limbs, spurred on by the many thousands of others who were pounding the streets alongside us.

As we took in the views, including the London Eye, Fleet Street, Buckingham Palace, the Houses of Parliament, the poignant and heart-adorned Covid-wall and the perimeters of the capital’s oases of majestic parks, we were reminded of the perils of Alzheimer’s and the growing number of people affected by it. The disease is so prevalent that we probably all know someone who has succumbed to its debilitating scourge. There’s nothing greater to focus the mind than an obstinate statistic – and at about the halfway point, a notice bleakly proclaimed that six people would develop dementia by the time we reached the finish line. 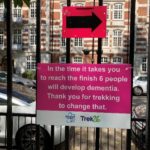 It’s clear that dementia is fast becoming the defining health issue of our time, with the numbers of people living with the condition projected to increase rapidly and no treatment to prevent, slow or cure the underlying diseases. Despite this, awareness of the condition – though rising – is still low, and funding for research lags behind other serious health conditions.

This walk, for me, was imperative and if our fundraising efforts help one person to adapt to their dementia diagnosis with dignity and fortitude, then we’ve made a difference and that’s what counts.

For Rebecca it had personal context, “This was always going to be an emotional day for me as my aunt, to whom I’m very close, had been living with Alzheimer’s for many years. But when she passed away 24 hours before the walk, it took on extra significance. More than an act of remembrance for my Auntie Kay, the day was also a celebration of life, camaraderie and resilience.” 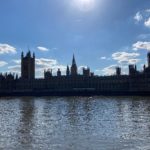 Optimism shines through and this was the axis on which the walk revolved. There was a culture of laughter and joy amid the test of endurance, especially for those who’d signed up for 26 miles and were limping towards the journey’s end.

And what a journey.

As Inge said, “I’ve made new friends, chatted all the way, walked the best parts of London and for such a good cause.”

And from Rina, “It’s been in the planning for months and now that we’ve raised £2,500 as a team and walked in the beautiful sunshine through beautiful London, we want to do it again next year. Let’s raise a glass to that.”

We certainly did… once over the finish line we “toasted” our efforts, thanks to the generosity of the Alzheimer’s Society, which provided every triumphant walker with a glass of well-earned Prosecco, and a souvenir medal. 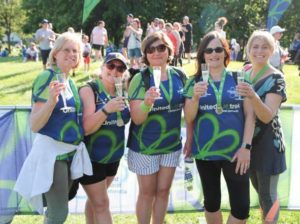 And, of course we’ll be doing it again next year. Why don’t you join us? I’m sure Rina will be working her magic to make you an offer you can’t refuse!