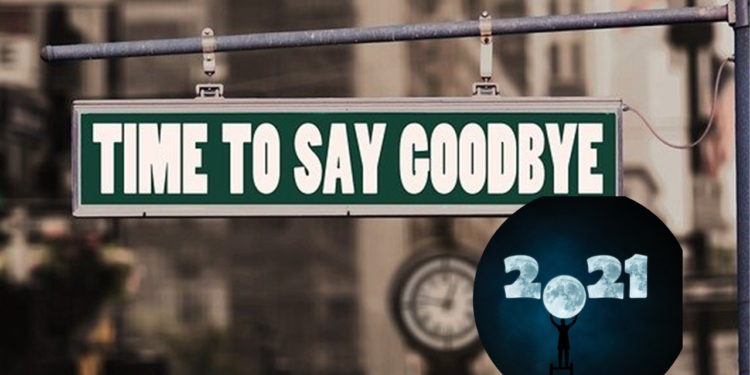 When I look back to my end-of-year column of 12 months’ ago, it was unsurprisingly dominated by a certain virus that changed the world forever. This year I’m determined to get through my column without mentioning the C-word and look at 2021’s defining moments from a Voice At The Table perspective, accepting that it was, at times, undeniably challenging, but definitely not the “annus horribilis” of 2020.

First and foremost, I must pay homage to the heroine of 2021, Professor Dame Sarah Gilbert, who led the development of the Oxford AstraZeneca vaccine. If ever there was a mascot for women in Stem (Science Technology, engineering and maths) careers, this unassuming scientific genius is she.

Such is our reverence for Dame Sarah, she received a standing ovation at Wimbledon and had a Barbie doll created in her honour. She told The Guardian newspaper, “I am passionate about inspiring the next generation of girls into Stem careers and hope that children who see my Barbie will realise how vital careers in science are to help the world around us. My wish is that my doll will show children careers they may not be aware of, like a vaccinologist.”

In a blast of inclusive comportment, the toy company, Mattel, went on to create models in honour of five other women working in Stem around the world. They were US healthcare workers Amy O’Sullivan and Dr Audrey Cruz, Canadian doctor and campaigner Dr Chika Stacy Oriuwa, Brazilian biomedical researcher Dr Jaqueline Goes de Jesus and Dr Kirby White, an Australian medic who co-created a reusable gown for frontline staff.

At about the same time as these women were being immortalised in plastic… the lives of women in Afghanistan were about to take a backward step as the Taliban regained control of a country they’d lost some 20 years earlier. Despite claims to the contrary, they’ve already implemented a massive rollback of women’s rights.

In the UK, the tragic deaths of Sarah Everard and Sabina Nessa underlined the vulnerability of women and ignited the debate about whether misogyny should be classified as a hate crime. The chairman of the Commons Justice Committee, Tory MP, Sir Bob Neill, said that the government should consider making misogyny a hate crime in the same way that racism was, following the Macpherson Inquiry into the killing of Stephen Lawrence.

Boris Johnson and the Law Commission – an independent body which recommends legal changes – have ruled it out, but leader of the opposition Sir Keir Starmer thinks it should be on the statute book. This debate will certainly roll over into 2022 and beyond.

More regions of the world joined the war on “period poverty” in 2021. The UK government started off on the right foot by scrapping the tampon tax on 1st January and New Zealand rolled out its own initiative to provide free sanitary products to students in schools across the country.

In September, the nation got behind British teenage tennis sensation Emma Raducanu, who won the US Open Women’s Singles on her first attempt. Raducanu became the first qualifier in history, male or female, to win a Grand Slam tournament and the first female British player to win a major since Virginia Wade at Wimbledon in 1977. We look forward to watching this talented young player gaining more trophies in 2022.

More recently, Angela Merkel – the first female chancellor of Germany – stepped down from her role as leader after 16 years at the helm. It brought an end to a political career which has spanned more than three decades. There’s a whole generation in the country that has never known anything other than a woman leader. Her pragmatic, quasi-presidential style of governing will serve as a role model for her successor. We wish her well for the future.

On a personal note, it’s been a busy and fulfilling year in the Voice At The Table editorial hotseat. We’ve had some educational and very personal guest blogs, from a multi-national spectrum of contributors, to whom we are sincerely grateful.

And I’ve been defying that old adage, “You can’t teach an old dog new tricks” by adding a few more strings to my bow in the form of podcasts.  We have launched a series of podcasts called Inclusion Insights, the first four of which are available on Spotify, with another four to follow next year. In each one, I’m in conversation with our CEO Rina Goldenberg Lynch, who is a powerhouse of knowledge and shares her wisdom in this enlightening series, which we hope you will all benefit from and enjoy.

I’ve also been hosting our LIVE Q&As on Zoom, delving into a range of subjects relating to Diversity and Inclusion with expert panellists. If you haven’t yet managed to join one of these events, there will be another series next year, so perhaps you could make it your New Year’s resolution to try them out!