What Gender Equality Can Do For Men 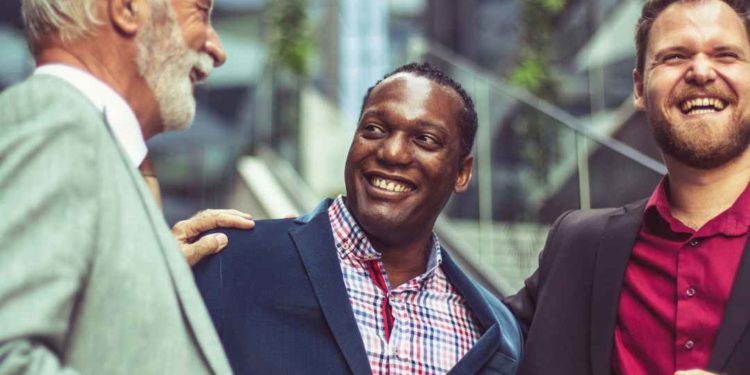 19th November was International Men’s Day – did you know?  If so, how did you mark it?

Here at Voice At The Table, we choose to look at it as yet another opportunity to bring the benefits of diversity and inclusion to people, particularly those who might feel aggrieved by it, side-lined, left behind.

Let’s face it, the fact that #feminism is aimed to liberate not just women but men, too (in fact, people of all genders), is not a new idea.  As the eloquent Gloria Steinem wrote in the Washington Post in 1970,  ‘We want to liberate men from [Society’s] inhuman roles as well’.

The piece that Steinem wrote in 1970 still resonates today.  Women are still facing as many societal restrictions as before, despite appearances to the contrary.  Take, for instance, the impact that the Covid pandemic had on working women, from which we have yet to recover.  Similarly, therefore, there have not been many changes to the role of men in society.  There is still an old-fashioned expectation that men must be tough, hide their emotions, and be aggressive and dominant.  One recent study shows that ‘58% of men surveyed thought society expected them to be emotionally strong, not show weakness and to be able to fix things.’

These societal expectations are in direct conflict with another dominant movement of men wanting to share responsibilities in the home and with their families, wanting to spend time on hobbies and endeavours that aren’t work related, and to hold more fulfilling (as opposed to financially motivated) positions at work.  Modern masculinity is about redefining the role of men.  Here are a few examples of men who have embraced modern masculinity:

Sean is the founder of The Dad Gang, aiming to dispel the stereotype that black men are not as present in their children’s lives as white men.  In Sean’s opinion, fathers are ‘not just providers and protectors; we’re also nurturers and caregivers. We don’t have to be traditionally masculine – we can be homemakers.’  He goes on to say ‘I think masculinity is changing in a positive way. We’re a lot more in tune with self-care now and more people are realising that dads need a break.  The dad doesn’t always have to be the disciplinarian, either. We’re really starting to scratch the surface of what those different nuances are.’

Chris took to yoga as a necessity, to heal his many rugby injuries.  Through yoga, Chris arrived at the revelation that men don’t have to be the best at everything; it’s OK to simply enjoy the journey.  Yoga taught Chris to dispel negativity and not see oneself simply as either a success or a failure – something a lot of men tend to determine quickly.

Chris believes in balance.  ‘There’s nothing wrong with embracing masculinity. I’m still very much a man and I still have moments of aggression and bravado, but equally I have moments of softness and sensitivity. You don’t have to pick a side of the fence. There is no fence.’

Elliott found courage to talk about opening up and about connection.  Despite appearing ‘manly’ (Elliott has a beard and speaks with a Northern accent), he has no trouble speaking openly about feelings.  Given that many men don’t feel comfortable to speak openly about feelings, Elliott thinks that men tend not to reach out for help – to professionals or their friends.  Elliott believes that men mistake showing emotions with weakness; being societally wired never to show weakness, many men hide their emotions, which can lead to serious mental health challenges.

Elliott believes that looking after yourself – physically and emotionally – is something every man should feel liberated to do.  Accepting who you are as a man – whatever preferences – makes you feel more confident, and that’s something he encourages in those around him.  ‘There’s no set definition of masculinity,’ Elliott adds.  Being comfortable in one’s own skin is what matters.

Modern masculinity is on the rise, and women’s ongoing demands to be given the opportunity to be themselves and be accepted as equals makes it easier for men to do the same.  ‘It’s about yin and yang, the balance of all things. Yin is female energy and yang is male energy, and the feminine lives within the masculine, and the masculine within the feminine.’

In reflecting upon another International Men’s Day, you may be able to draw parallels to the efforts of women to free themselves of labels and expectations.  If we embrace gender parity together, the chances are we will all benefit from it.