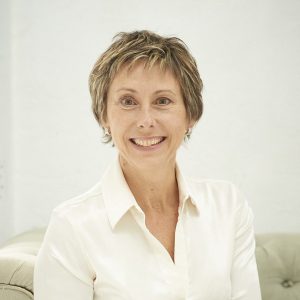 Jayne’s range of experience includes: live voice-over announcing on BBC TV; business reporting on BBC World; fronting corporate programmes for blue-chip companies; facilitating live events. Her BBC TV series on Mexico was nominated for a BAFTA and, having learned journalism at the LCP, she has written for Conde Nast Traveller and Good Housekeeping. She has an acting diploma from the Royal Academy of Music and a Modern Languages degree from Cambridge. She started her working life at one of the world’s leading branding agencies – Wolff Olins.

Jayne now harnesses all she’s learned from three decades in front of a microphone/camera/audience and uses it to train others to be exceptional communicators. Working with Olympic superstars has prompted Jayne to dispel the myths around confidence in communications – she has consequently developed a unique approach to empowering those who want to be skilful, effective and memorable speakers. She specialises in one-to-one or small group sessions for senior individuals, tailoring the content to their particular challenges and objectives whether they’re preparing for a potentially career-enhancing presentation or seeking to communicate with greater impact in board meetings.