How Words Improve Our Understanding of Inclusion 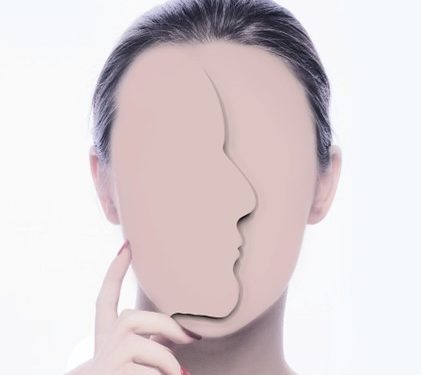 Last week we talked about how words matter, and even more so for leaders . We explained that, when it comes to knowing what words to use, developing a better understanding of bias is more helpful than trying to keep up with the latest in correct terminology.

In our workshops with leaders, we often find that using certain terminology and concepts, makes our bias-related conversations more tangible. The words and concepts we share are often expressions – often new to them – that provide clarity for how words or behaviours can impact others.

As these words helps us progress our diversity and inclusion conversations, I would like to share some of them here.

Othering describes a process by which a group of people is deemed fundamentally different, usually also inferior.  It’s about creating an us and them.

As an immigrant to the UK, I have experienced othering when someone says ‘Well, you wouldn’t understand as you aren’t British’.  It instantly excludes me from the conversation and makes me feel lonely and unheard.

When we want to be inclusive it’s important to think about the words we use and try and avoid ‘us vs. them’ language.

When faced with bias and discrimination, people may feel obligated to code-switch.  This happens when people change the way they appear, express themselves or behave in the workplace in order to connect with colleagues. Everyone does this to a certain extent, but some groups have to do it more than others. This suppression of one’s identity can come at the cost of authenticity and self-confidence, and thus, decreases a sense of belonging in a work environment.

Recently in a workshop someone gave the example of a gay colleague who, at his previous workplace, felt he had to be careful to behave like others to be accepted. At his new workplace people were encouraged to be authentic and he began to express himself more freely.  As a result, the colleague noticed how this man had become much more productive and engaged.

When we want to encourage people to be themselves at work it’s important to choose words and actions carefully. For instance using non-judgemental language.

When people spend time and energy on fitting in and worry that they might otherwise not be valued, they often describe this constant additional effort as tiring.  They say that it often has an impact on their health and mental well-being and, naturally, their ability to thrive at work. This is called Emotional Tax.

An example of this is the time and effort a person has to spend trying to avoid mentioning their same sex partner out of fear of being ‘outed’.

When we mention this concept, it often helps people understand that making an effort to choose a word like ‘partner’ over ‘wife’ really can make a huge difference to someone else.

Interestingly, the fatherhood “bonus” is not equal across the income distribution; in fact it is much greater for men at the top. This suggests that “Fatherhood is a valued characteristic of employers, signalling perhaps greater work commitment, stability, and deservingness.”

Many women tells us that they downplay having to leave work to pick up children or avoid photos of their children around the office, in order to avoid being seen as ‘mumsy’ and therefore less focussed or committed.

There’s a great ‘nudge’ to change the narrative around working parents by turning the fatherhood bonus into a ‘breadwinner bonus’. Labelling the person bringing in family income as a breadwinner takes away the traditional notion that it is the father who is tasked with the responsibility to earn.

There are many other words that help us understand some of our behaviours, including groupthink, halo/horn effect and more.  Unlike terms describing shifts in society – like the use of different pronouns, for instance – these terms explain some of the impact of unconscious bias.  The more familiar we become with them, the more likely are we to understand the impact of our assumptions and behaviours and, as a result, better able to choose more suitable wording.

Do get in touch if you would like help with making inclusion more tangible and turn a commitment to inclusion into action.