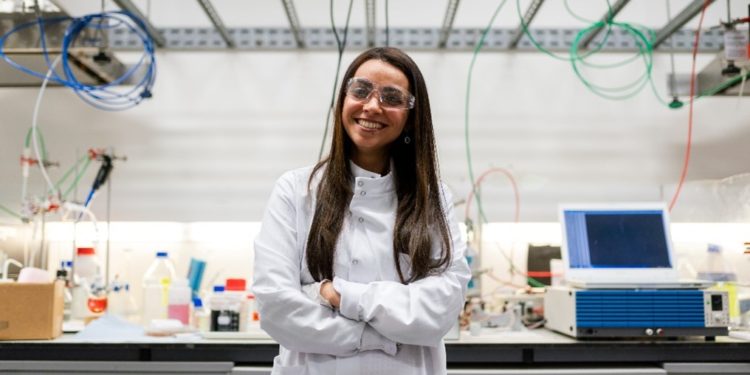 Today is Ada Lovelace day. How many of us know who Ada Lovelace was? I didn’t until two years ago, when I wrote a piece for Voice At The Table and discovered a woman who was humbly ahead of her game in the science world at a time when women weren’t supposed to have careers or ambitions beyond finding a suitable husband! So, what’s it like for women in (Science, Technology, Engineering and Maths (STEM) jobs today and are there any stand-out companies supporting women?

There are around one million women working in core STEM occupations in the UK, which represents just under a quarter of the workforce in this sector, according to statistics from WISE, the organisation that is campaigning for greater equality for women in STEM. Its vision is to see at least 30% of the UK STEM workforce populated by women by 2030. It’s a steep hill to climb, but if we consider that there has been roughly a 1% increase year-on-year of women in STEM jobs, from 21% in 2016 to 24% in 2019, the vision is attainable.

So, who’s embracing the recruitment and retention of women in STEM? One you’ll all be familiar with is SKY TV. Sky introduced a Women into Leadership programme, aimed at creating the strongest possible pipeline for promotion. This included a “Get into Tech” initiative comprising a 15-week part-time course open both to external and internal candidates.

As a result of Sky’s programme, over 500 top leaders in the company are now women and 27 of the first 100 women to undergo the Get into Tech training succeeded in getting jobs in software development at Sky.

Network Rail is a public-sector organisation responsible for managing the UK’s railway infrastructure. With over 43,000 staff it is one of the biggest employers in the country. Like many large STEM employers Network Rail can struggle to attract, retain and develop women. It’s made a conscious effort to address this, including creating strategies and targets and collecting qualitative and quantitative data about the composition of its workforce. Alongside this, the company launched a host of initiatives including a returners programme; work to boost numbers of women on the company’s apprenticeship and graduate schemes and a “Women in Leadership” programme.

“We must keep talking about the business benefits of diversity during times of crisis. Approaching D&I like any other business improvement project helps us to keep banging the drum,” said Lydia Fairman Lead Capability & Development Manager, Network Rail.

Network Rail has instigated the “Gender Matters” project, which aims to increase female representation in the firm to 26% by 2024. Company data indicates, reassuringly, the number of women in the organisation has risen every year since 2014, from 14.23% to 18.85% in 2020.

Network Rail’s Group Safety and Engineering Director, Martin Frobisher said: “I want to see better gender balance in our technical and engineering roles. As a leader in Network Rail, I am committed to improving the diversity of our organisation.”

Across the pond, Cisco ranked #2 on Fortune’s 100 Best Workplaces for Diversity and Best Workplaces for Parents lists for 2019 and has been named among the top 10 best workplaces for diversity in America. The company develops, manufactures and sells networking hardware, software and telecommunications equipment.

The company’s female employees formed a group in 1997, called Connected Women. The vision for Cisco’s Connected Women has been to attract, develop, retain, and celebrate women at Cisco.

What started with 200 Cisco employees in San Jose, has now grown to more than 4,000 members globally who participate in mentoring, speakers’ series, networking events, and community give-backs in nearly 40 countries.

Cisco’s global initiative, Girls Power Tech (GPT), is a special learning opportunity for girls and young women to connect with Cisco mentors at offices around the world. Every year, it opens its doors to young women, globally, to inspire them to pursue careers in STEM through hands-on exposure to the latest technology and engagement with industry professionals. Cisco employees worldwide spend the day with girls age 13 to 18, encouraging them to consider education and career paths in STEM.

This is just a snapshot of companies who are taking a proactive approach to trying to encourage women into STEM careers and change the gender dynamics of the industries in this sector.

If you or your company has pioneered something similar, please let us know. We’d love to hear about it and share it with our readers.

If you liked this blog, you might also enjoy Saluting the Victorina Mother of Invention.